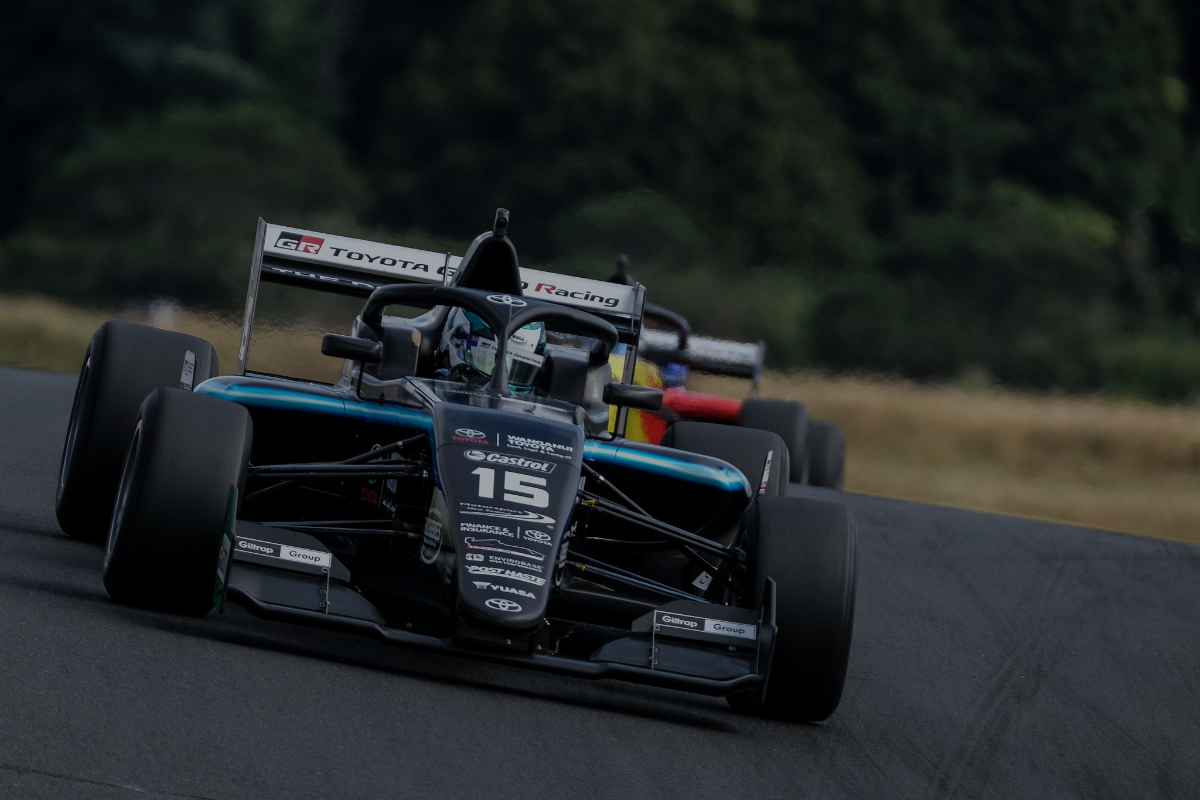 Kaleb Ngatoa claimed pole position for the New Zealand Grand Prix in the final moments of a rain-hit qualifying session.

The Toyota Racing Series field were forced to tackle a range of conditions over a single lap, as heavy rain hit parts of the Hampton Downs circuit and left other parts dry early on.

A series of flying laps in the final three minutes gave Daniel Gaunt the top spot, but further improvements after the chequered flag ended with Ngatoa on pole with a 1m44.288s lap.

Gaunt’s own improvement put him 0.065s behind, while Chris van der Drift was on pole for a few moments before being shuffled down to third.

Karting graduate Matthew Payne and Australian Supercars icon Greg Murphy were briefly on the front row but ended up fourth and fifth, with Clark shuffled down to sixth.

After impressive running on the first day at Hampton Downs, Murphy’s old Supercars rival Shane van Gisbergen couldn’t match the pace in the second qualifying session of the weekend. He was 0.881s off Ngatoa’s time and lines up 10th for Sunday afternoon’s grand prix.

Kenny Smith, who will be making his 50th grand prix start, will prop up the 16-car grid.