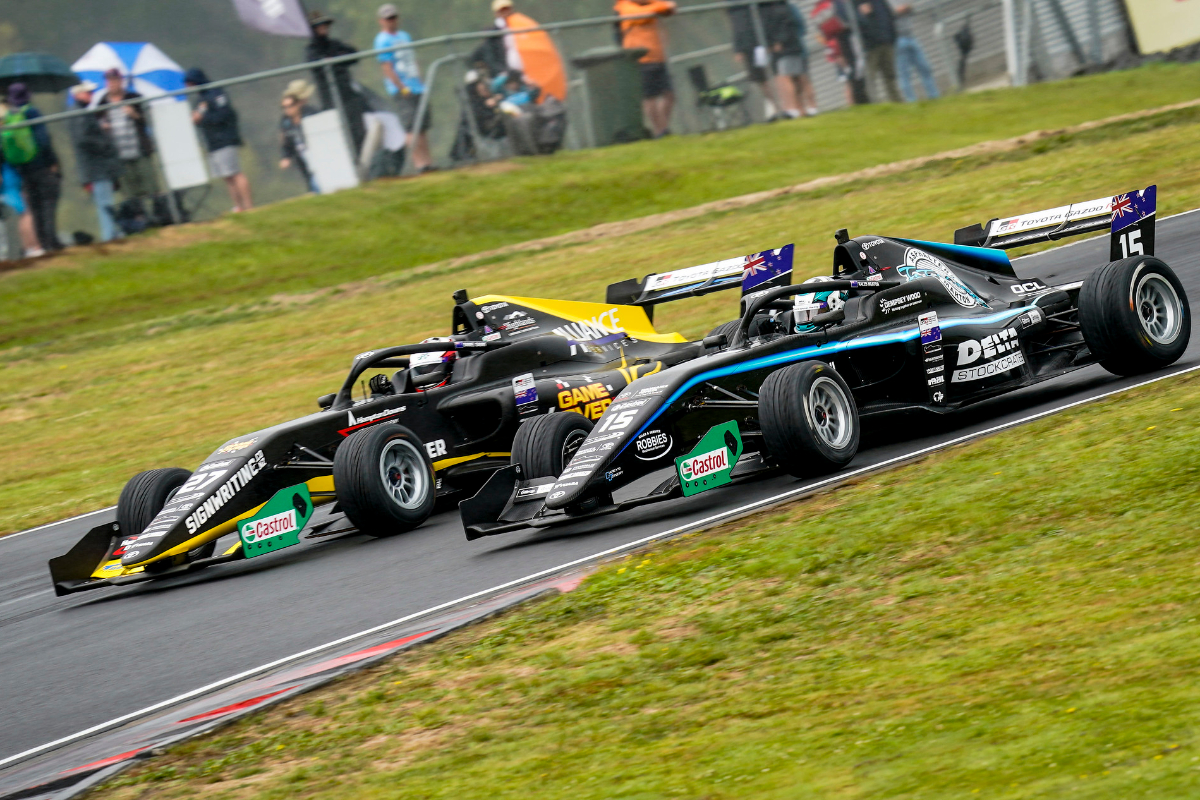 Kaleb Ngatoa has earned praise from some of New Zealand’s top professional drivers after beating them in tricky conditions to take pole for the country’s grand prix this Sunday.

Formula Ford graduate Ngatoa came out on top in a rain-hit qualifying session in the Toyota Racing Series’ Hampton Downs season opener against a grid of some of his country’s most famous racers.

It was only the second qualifying session of the 19-year-old’s slicks-and-wings career, and the first time he had driven the Regional Formula 3-spec Tatuus FT-60 car in wet conditions.

“The mechanics and the engineer, we really worked together,” Ngatoa said. “First time in those conditions in this car, so I just went out, listened to everybody, all the feedback. Went out there, put a lap together, and I was happy with it.

“It’s wicked [to take pole]. When he said P1, I said: oh, sorry, can you repeat that? Because I just couldn’t believe it. I’m stoked, but I can’t get too excited, there’s still a race to go. But it’s awesome to get the recognition from those guys.”

“To be on the front row, I’m stoked, and to be alongside one of the young guys in Kaleb Ngatoa is fantastic,” said Gaunt, who won the grand prix in 2007 and ’09.

“As far as the session went, I thought the car was great, just track position and that last lap, I missed the last lap. I think Ngatoa, he snuck it in there in the dying seconds and credit to him, it was tough out there.”

Van der Drift was similarly in praise of Ngatoa’s performance, citing how the changing track conditions had left everyone in a tricky situation in which Ngatoa had come out on top.

“We were just entering into the unknown,” admitted van der Drift. “We haven’t driven the car in the wet around this circuit, so to find the grip – especially at the back there which the drifters use week-in, week-out – was it on-line, was it off-line? So to hunt for it, you could say, was the challenge, and then obviously to try to keep the thing in a straight line was the next.

“You can’t really do much in those circumstances, so you’ve just got to drive it hard and keep it on the track, and there was a few moments where I was a bit sideways and crossed up …

“Kaleb did an awesome job there, so well done to him.”

Before the 28-lap race that will count as the 66th edition of the New Zealand GP is a 20-lap race which had its grid set by the results of Saturday’s qualifying session – topped by Australian Supercars champion Shane van Gisbergen.