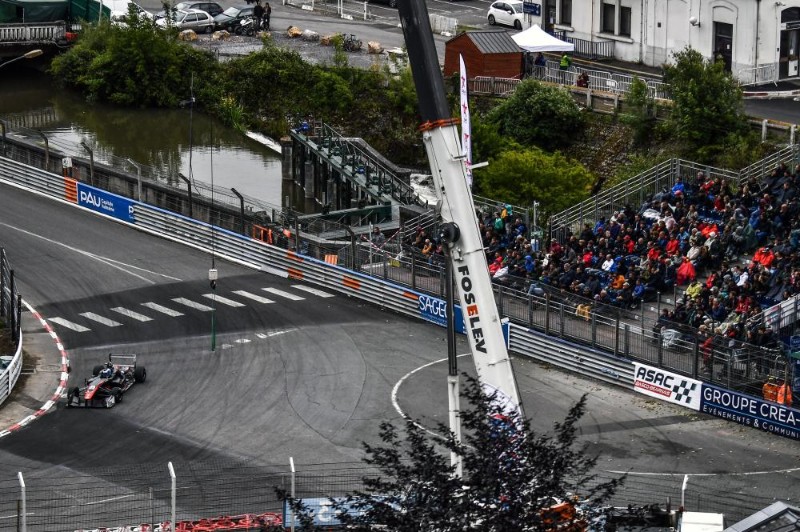 Julian Hanses believes his surprise Pau Grand Prix pole came about due to work his Motopark team put in after the first Euroformula Open race of the weekend.

The 21-year-old stepped up to Formula 3 in the FIA European championship last year after a winning season in ADAC Formula 4, and took a best finish of seventh at Pau.

On his return to the circuit he qualified third – for Saturday’s EF Open race – and took his first F3 podium in second place, 16.1 seconds behind team-mate Liam Lawson.

“I am very happy of this pole and really look forward to the race this afternoon,? said Hanses.

?We did a lot of work with the engineers and the team yesterday evening and it paid off. The car was really perfect and we had the perfect strategy, trying to be fast as soon as possible into the session, given the weather forecast.”

“I used the best track conditions when others were driving out, so the timing was mega. The car was mega, everything was just perfect. Completely my conditions.”

The qualifying session for the Pau Grand Prix was declared wet, although all drivers ran on slick tyres and it wasn’t until after a late red flag that rain started to fall. Hanses explained how his strategy ensured he wasn’t caught out by the late rain, which prevented anyone from beating his pole lap.

“At the beginning it was not clear if we would get rain, so we said just put one fast lap down, which is not too high on risk, and then it was about getting that lap [done]. So I had already the banker lap, it was all about getting the lap together, to get the pole.

“I’d already said to my mechanic I want to get that pole, I want to win that grand prix, and I will give everything. Yesterday I worked really hard in the evening to make progress, and now we’re on top.”

Motopark filled the top four spots in qualifying for the grand prix, with Yuki Tsunoda and Marino Sato setting identical lap times. Tsunoda got second place on the grid on the basis that he set his lap first.