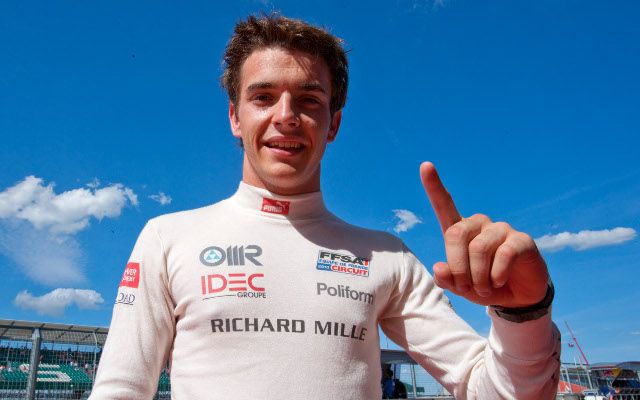 Jules Bianchi had reached the top of the junior single-seater ladder when PaddockScout began in 2011, but his was one of those few names that had already stood out to those with only a passing interest in this area of the sport.

He was a better driver than his Formula 1 record will ever indicate, but despite his career at the highest level being limited to a year and a half at the back of the grid, he fortunately still took the opportunity to make his mark with that drive to secure two points in the 2014 Monaco Grand Prix.

His time in the junior ranks made up a large part of his foreshortened career, and where he tasted plenty of success and built his reputation as a promising talent.

It was in 2008 when he first stood out to me. He was in his rookie season in the Formula 3 Euro Series as it was then, and was doing a very impressive job.

It was only his second season in single-seaters – he had won the French Formula Renault title in his first (and was, perhaps fittingly, the last driver to do so before the series was expanded to cover Western Europe).

Prior to that he was a top karter and had caught the attention of Nicolas Todt, becoming a long-term protege of the F1 driver manager.

In 2008, Bianchi was with the all-conquering ART Grand Prix team that Todt runs with Frederic Vasseur. He had the more experienced Nico Hulkenberg as a team-mate, and while the highly-rated German kept up with expectations by winning the title at a canter, Bianchi took a highly commendable third place.

He won two races towards the end of the Euro Series – from pole position on home soil at Le Mans, and the final race of the season at Hockenheim. But two months before the first of those triumphs, he beat Hulkenberg to win the prestigious Masters of Formula 3 event, held at Zolder that year.

In 2009, Bianchi won the F3 Euro Series crown. He was the fifth consecutive driver from the ART/ASM stable to do so, and by winning nine of the 20 races, had the most dominant campaign since the then-new F1 champion Lewis Hamilton won 15 races in 2005 – when there were no reverse grids. 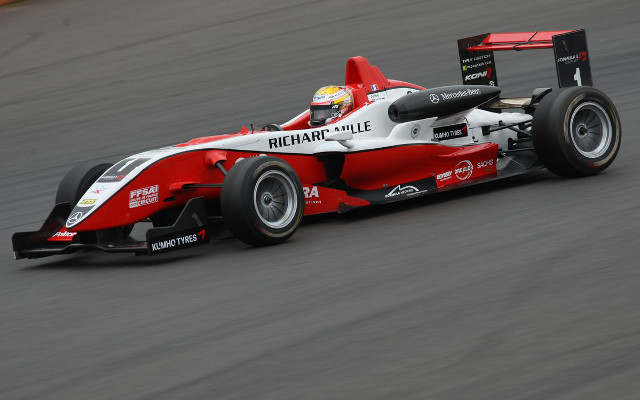 He had made enough of an impression to be linked with filling in for Todt’s main man Felipe Massa at Ferrari after his injury. In December, he got to test for the Scuderia and promptly became first recruit to the new Ferrari Driver Academy.

The next step was obvious – moving up into ART’s GP2 squad as Hamilton, Romain Grosjean and Hulkenberg had done before him. The expectation was that he would succeed Hulkenberg once again and be champion.

It wasn’t quite so simple. While fourth-year campaigner Pastor Maldonado dominated, Bianchi had to make do with third place behind Sergio Perez. He had claimed pole position three times – nobody else did so more than once – including on his debut, but he was unable to convert any of these into a first win.

He thus returned for a second season and began as a joint title favourite with his returning compatriot Grosjean. But he suffered a nightmare start to the season, crashing out in three consecutive rounds in Barcelona, Monaco and Valencia. His title hopes were all but over in June.

He picked himself up well, winning from pole next time out at Silverstone – the first of a 10-race scoring streak lasting until the end of the season, when he took third in the standings once more, just a point off second.

But F1 opportunities for 2012 were limited to a testing and Friday practice role at Force India, and so Bianchi lined up in Formula Renault 3.5.

He was playing catch up after a point-less opening round at Aragon due to car-related problems, but with his third win of the season at home at Paul Ricard, he moved into the points lead with one weekend remaining.

He lost that advantage again with a costly spin in race one in Barcelona, but regained the initiative with a move on rival Robin Frijns in race two. The Dutchman had other ideas though, and they collided. Bianchi was out, and a time penalty for Frijns was not enough to give him the title. 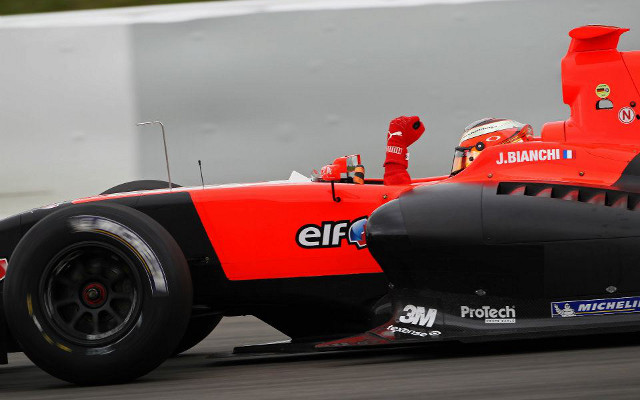 He might have missed out on a title once more, but now was the time that Bianchi had to make the step up to F1. He was still in contention for a promotion at Force India during pre-season, but they eventually went conservative with Adrian Sutil.

Bianchi’s hopes of being on the grid in 2013 appeared to be over until Luiz Razia’s Marussia deal collapsed when his promised sponsorship money failed to appear. He joined the team with just two days of pre-season testing remaining, but hit the ground running come the first race in Melbourne, impressing all with his performances.

For the rest of his debut season he made the most of his equipment, shading his team-mate on a regular basis. There was more of the same in season two, and he was rewarded on that day in Monaco.

Marussia had arrived with an improved car and Bianchi capitalised, driving a fantastic race to cross the line in eighth place and deliver the team’s first – and only so far – points.

Prior to his accident at Suzuka, there were further great performances in qualifying, taking 12th on the grid at Silverstone and 15th at the Hungaroring. On both occasions he was ahead of Ferrari’s Kimi Raikkonen, and got what would be his final chance to drive a Ferrari at the post-British Grand Prix test after the Finn’s crash in the race.

There is perhaps a cruel significance that hours before Bianchi passed, rumours had intensified in Italy about Raikkonen being replaced for 2016.

Because for me, there’s little doubt that if he was still with us and still competing, Bianchi would already have that seat secured. 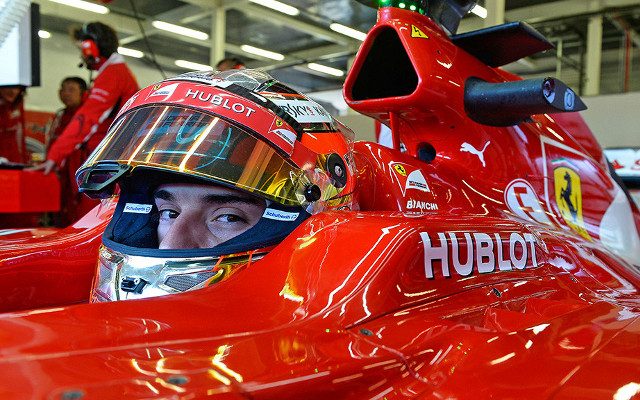 It was widely reported that Ferrari were going to move him up to a Sauber seat for this season. With a mix of ability and experience that neither of this year’s drivers can boast, he would have fully capitalised on the car’s competitiveness at the start of the season and be dragging it consistently into the points now.

We will never know what Bianchi could have achieved at Ferrari once he’d made that long-plotted graduation. Drivers’ ability to win championships cannot be truly estimated until presented with the necessary opportunities. But Bianchi had the required potential and natural ability.

At the very least he would have enjoyed a successful motor racing career, following in the footsteps of his grandfather Mauro and his great uncle Lucien, who won Le Mans in 1968.

But for as much as the motorsport world has lost a great driver, it has lost a great person too. Even to the outside, it was clear that he was modest, yet confident. He had that necessary belief in what he was capable of without being cocky or arrogant. He was extremely likeable, in and out of the car.

That’s been backed up by those who knew him, most touchingly by his last team boss, John Booth:

?Jules was a shining talent. He was destined for great things in our sport; success he so richly deserved. He was also a magnificent human being, making a lasting impression on countless people all over the world. They recognised, as did we, that at the same time as being a fiercely motivated racer, he was also an extremely warm, humble and intensely likeable person, who lit up our garage and our lives.”

From the widespread tributes to him, it’s clear that Bianchi managed to make a significant impact despite his racing career being restrained to the junior ranks and the back rows of the F1 grid.

He already has a fitting legacy: Charles Leclerc began karting at Bianchi’s father’s circuit, and Jules – eight year’s his senior – took the young man from Monaco under his wing. Now also part of Todt’s stable of drivers, Leclerc has this year emerged as a top young driver through a great?European F3 rookie season of his own.

Our thoughts are with Charles and the rest of Jules’ friends and family. He will be remembered. 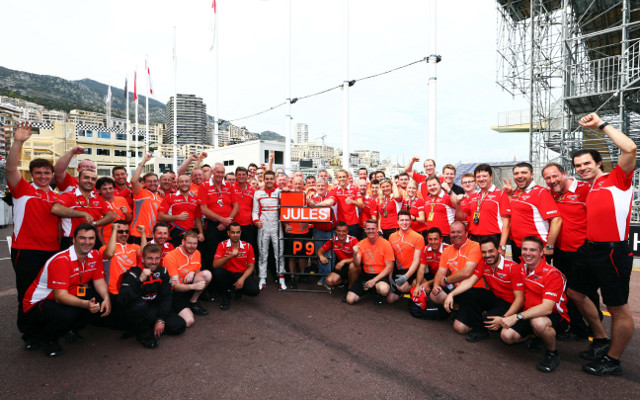