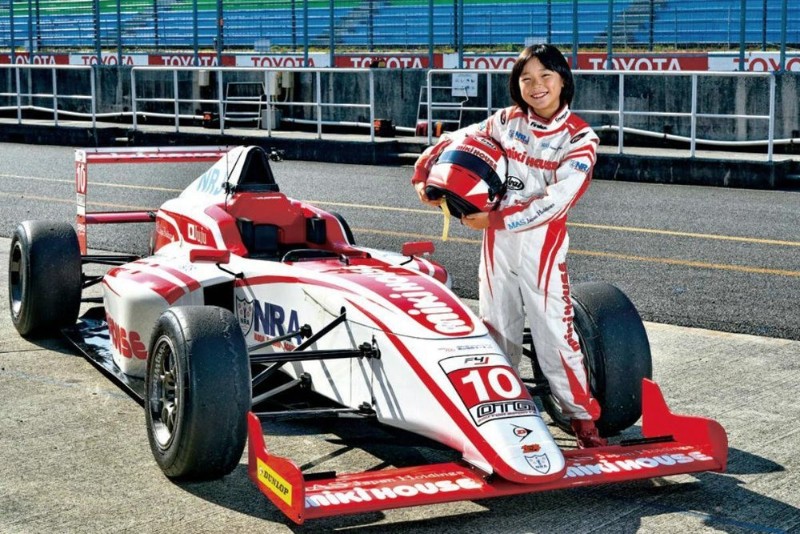 The 13-year-old has attracted headlines for several years as a result of testing single-seater machinery in her home country of Japan while still underage. She has already raced Formula 3 cars in a Japanese category called Formula U17.

Danish F4 uses a Mygale chassis, the same one as used in the British championship, and a 2.0-litre Renault engine. Noda Racing, which ran Noda in FU17 and was set up by IndyCar-experienced Hideki, will relocate to Denmark with the teenager.

“Thank you to all of Noda Racing mechanics and staff, my friends and family and everyone at school,” said Noda.

“I am graduating from U17 this season. It is difficult to put into words how much full of gratitude I am for these years.

“From next year, new challenges will begin again. I have a mix of excitement and nervousness. The Danish F4 championship will feature three official tests and 24 races.

“It will be my biggest challenge yet but I am really looking forward to it. I am lucky to be able to do what I love, even racing at my age.

“As it will be my first time in Denmark and knowing this is a championship with many fast and young drivers, I am prepared to try my best and fight hard.”

Noda will continue to test at Okayama in Japan for the rest of the year, before moving to Denmark at the start of 2020 before her 14th birthday.