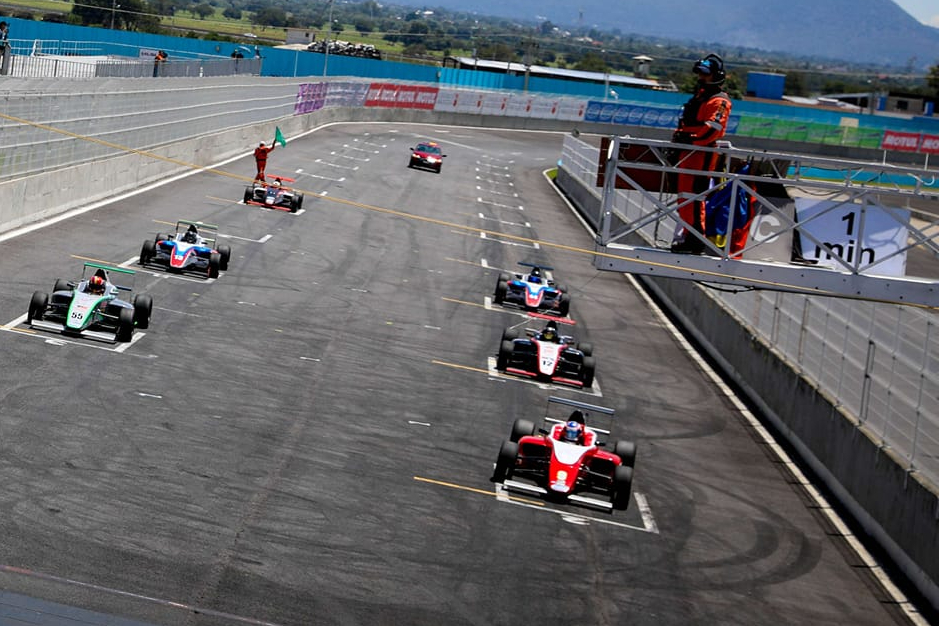 Pedraza was fastest in qualifying by over a third of a second, and he carried that form into Saturday’s race which he won by seven seconds.

Manuel Roza made a slow start form third on the grid and lost ground, yet was in second on lap two as Cristian Cantu got crossed up in second place entering the first corner and dropped behind Roza and Daniel Forcadell.

Pedraza gradually grew his lead with each lap, while Forcadell hung back behind Roza for the first third of the race before quickly hunting him down and spending over five laps on his gearbox before finally getting the move down down the inside of Roza in the infield section.

In the remaining laps he pulled away quickly, netting his maiden podium on his 70th championship start while Pedraza got his third win.

Roza had a chance to rectify his slow race one start by lining up on pole position for race two, ahead of Forcadell, Pedraza and Luis Carlos Perez.

However he was slow off the line again, while Pedraza darted past him and Forcadell into the lead.

Forcadell kept with Pedraza, while Roza lost further places but he did regain third on lap three from Perez and as Forcadell applied pressure on the leader it actually allowed Roza to close in after some time.

Eventually the top two dropped Roza again, but Forcadell was staying right on Pedraza’s rear. There was nowhere to get through though, with his one move where he got a wheel alongide actually allowing Pedroza to then open up his gap, and he had to settle for a second runner-up spot in a row while Pedraza became points leader with victory.

With a few laps to go, Roza fell into the clutches of Cantu and weaved to defend on the penultimate lap. Cantu tucked out of his slipstream at the finish but came just short of third place.

Pedraza had to fend off Cantu at the start of race three, with Forcadell in third. The order remained static, despite pressure for first and third, until lap 13 when Cantu exited proceedings and the safety car was required.

It stayed out all the way to the end of the race, while his crashed car was recovered, and it meant Pedraza headed Forcadell for victory.