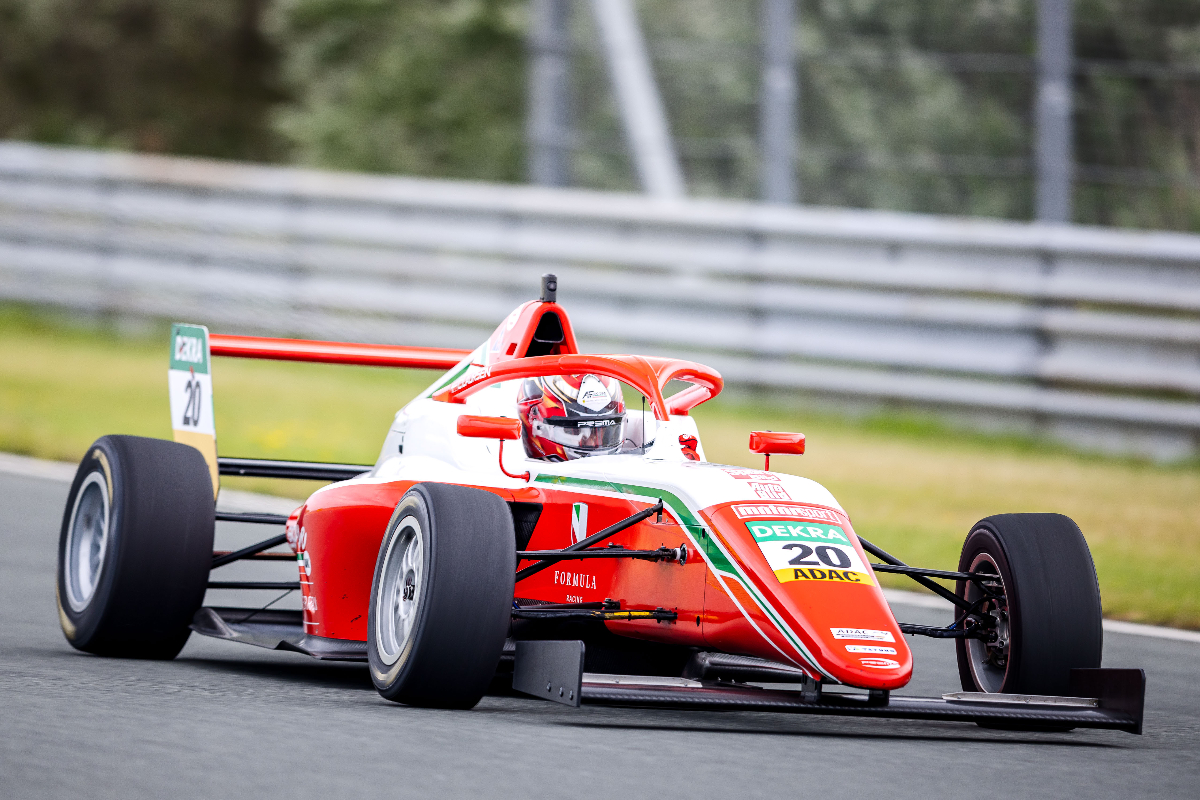 Laursen took the lead in the opening lap from reversed-grid polesitter Van Amersfoort Racing’s Emmo Fittipaldi and held on to first place until the end of the race, when he had to resist fierce pressure from Antonelli.

The first safety car of the race came out on lap two. VAR’s Arias Deukmedjian went off the track at the chicane and, after rejoining, closed the door on Iron Dames’ Maya Weug, who lost her front wing and was forced to retire from the race.

In a separate clash at the exit of the chicane on that same lap, Jenzer Motorsport’s Nandhavud Bhirombhakdi ran into the back of PHM Racing’s Valentin Kluss, bringing the German’s race to an early end.

Antonelli, who had dropped to ninth at the start, took advantage of Deukmedjian’s mistake to move up to seventh place as he passed Deukmedjian and team-mate Rafael Camara, who was affected by Deukmedjian’s unsafe rejoin.

The race restarted with 24 minutes remaining on the clock, and PHM’s Nikita Bedrin soon passed Fittipaldi for second place. The Brazilian kept losing positions throughout the race and would take the chequered flag in 10th.

With less than 20 minutes on the clock, Deujmedjian went into the gravel for a second time bringing out a second safety car. This time, he couldn’t rejoin the race, meaning the drive-through penalty he received for his previous incident with Weug went unserved.

As the race resumed, Antonelli continued his charge through the field. The Italian driver, who had moved ahead of James Wharton before the safety car, overtook Charlie Wurz for fourth place.

Wurz stayed on Antonelli’s tail, and as the Italian passed both PHM drivers Nikita Bedrin and Taylor Barnard for third and second place respectively at turn two, the Austrian did the same diving to their inside at turn three.

Antonelli would still have time to catch Laursen and attempt a move for the lead of the race around the outside of turn one with two laps to go. However, Laursen gave it all and fended off Antonelli for those two laps to take his maiden win in the series.