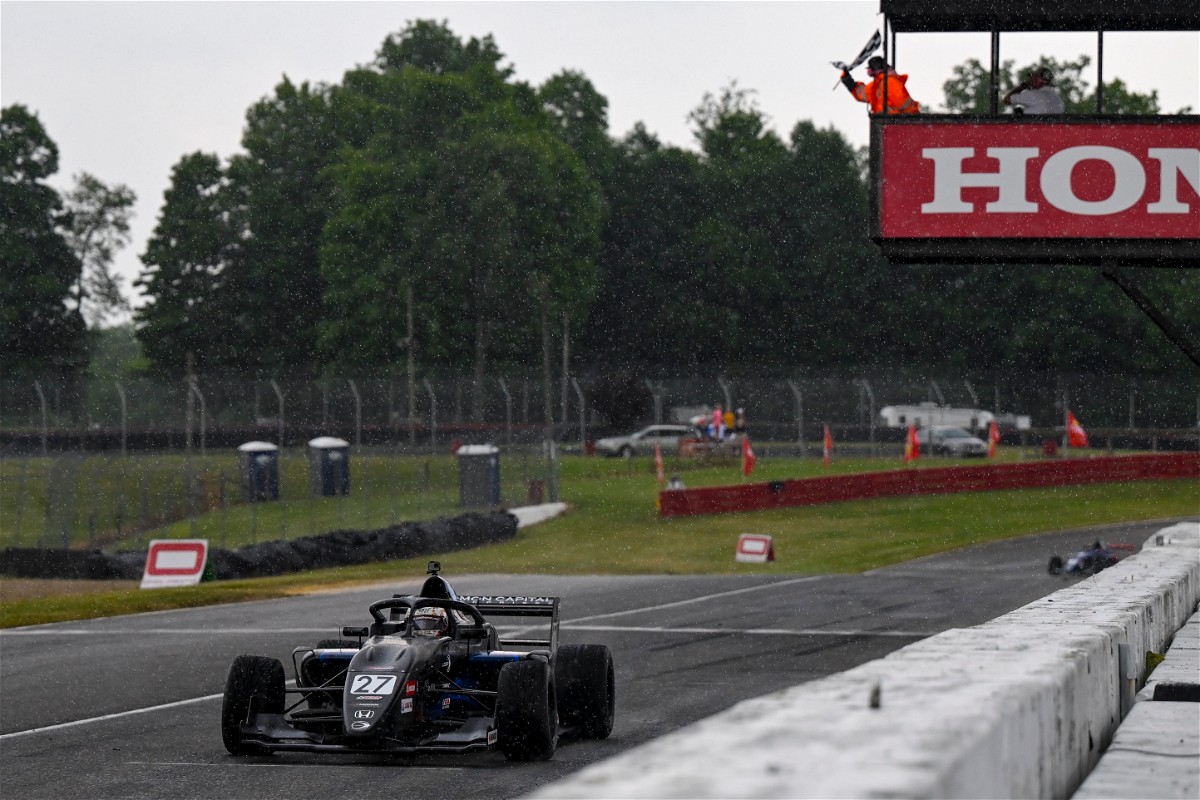 Raoul Hyman did a clean sweep of the Formula Regional Americas weekend at Mid-Ohio, marking the first time he has achieved the feat.

In the first two rounds he threatened to do so, and finally got it done in round three. In qualifying he took pole by 0.434 seconds, and in the opening race on Saturday was putting on a controlling display prior to a caution period in the race’s second half. He had to weave to break the tow to his pursuers, but did so well enough to finish two seconds clear.

Joey Alder started second and managed to hold on to that position all the way until after the caution period, as it brought Nick Persing onto his tail and after going side-by-side through several corners he was able to nab second.

Persing’s earlier move on Dylan Tavella for third allowed Ryan Yardley to also get by and finish fourth, while Mac Clark came seventh despite a trip to the pits to have grass removed from his radiators after an off while battling.

Race two began oddly with a rolling start, but it had a similar story as it was another lights-to-flag Hyman win.

Clark finished second, and Persing gained two spots to round out the podium while Tavella took fourth from Alder with a last-lap move.

Most of the drama was saved for race three, which started behind the pace with eight drivers on grooved tyres – including Hyman – and four on slicks. On a damp track Hyman obliterated the field, putting 21s between himself and second place it started to dry – although not before Alder spun.

Clark took slicks and didn’t come alive until the track conditions changed, at which point he went on an immense charge where he was two seconds faster than anyone else per lap and made several easy overtakes until the drying stopped and he got stuck in sixth. He eventually made his pass but then it rained again and drivers, including himself, flew off the asphalt.

Hyman ended up winning by 51s from Tavella, with Cooper Becklin third and Yardley fourth, then the rapid but mistake-hit Alder and Clark two minutes back in fifth and sixth while everyone else was lapped.