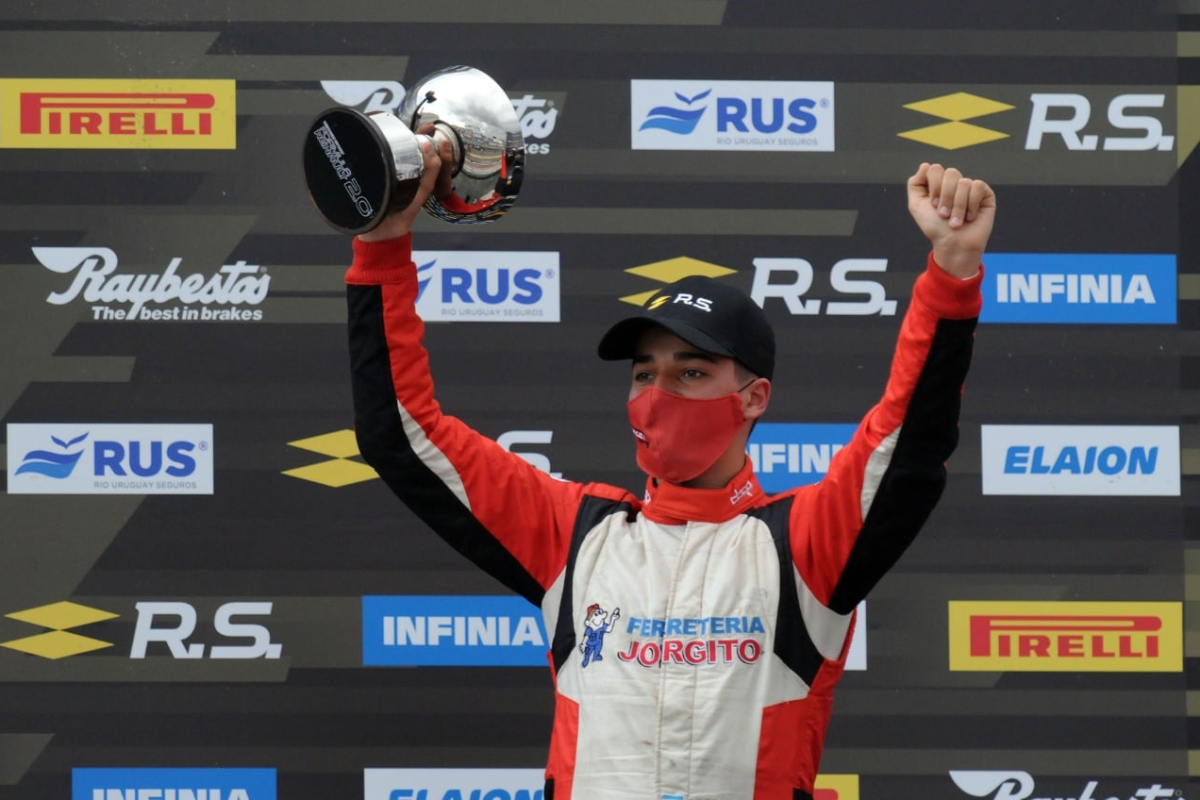 The 2020 Argentinian Formula Renault 2.0 season came to a delayed conclusion last weekend at Buenos Aires after three extra rounds were organised to run in 2021.

Argentina’s Autodromo Uruguay was set to settle things last December, but it was deemed unsafe to use for the series’ fifth round and it elected to instead run at Rio Cuarto on the second week of January.

Touring car series Super TC2000 then added three more dates to complete its season, and support series Argentinian FR2.0 followed suit with a round at Parana and two at Buenos Aires.

Barrio took pole for the second Rio Cuarto race, with Moreno winning the reversed grid first race to briefly move into second in the points as Barrio retired.

While Barrio became Vezzaro’s closest rival again in race two, he actually allowed the points gap to grow when an error on the brakes while leading allowed Vezzaro to pass him for the win.

In the final third of the race, Vezzaro had got up to second and had Barrio, Polakovich and Lautaro Pineiro following. Coming into a downhill left-hander Barrio tried passing around the outside while Pineiro simultaneously went for the inside of Polakovich on a tighter line.

Vezzaro made Barro use all of the available asphalt, leaving space for the other two to draw alongside exiting the corner. Barrio stuck to the outside kerb, Vezzaro just avoided contact but drifted into the middle of the track and Polakovich’s right-hand tyres. Polakovich was pitched upwards, balancing on one wheel before landing and clouting Barrio.

Both retired with damage, the safety car was summoned, and on the restart Barrio nabbed second from Pineiro. Afterwards, Vezzaro was disqualified and given a grid penalty for race two, where Barrio became championship leader with a lights-to-flag win.

Barrio set the pace in the first of February’s Beunos Aires rounds, but track limits abuse meant he qualified fifth rather than first. In race one he then crashed out on the opening lap.

Vezzaro charged up the order in that race but clashed with Ayrton Chrone in a last-lap move for the win, which dropped Chrone to sixth. The stewards relegated Vezzaro behind Chrone post-race, but he did regain the points lead.

Polakovich hit poleman Vezzaro out of the race two lead early, but he stayed on track and finished two places behind Barrio in fourth to lead into the final round. That was until dropped scores; he was now the equivalent of a win behind.

Barrio edged Vezzaro to pole, but the title was secured halfway through race one as Chrone spun out Vezzaro. Polakovich won, Barrio became champion in third and then controlled the season finale.