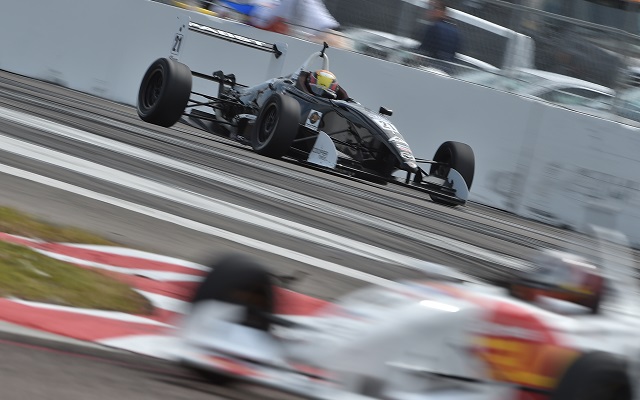 Australian Jordan Lloyd led a Pabst Racing 1-2 in the first USF2000 race at St. Petersburg, which was interrupted by two lengthy caution stints.

While pole-sitter Lloyd stayed ahead at the start, fellow front row starter Parker Thompson found himself taken out at the first turn by James Munro.

Although the Canadian was able to continue, TJ Fischer and Max Hanratty were forced the retire on the spot, bringing out caution.

After a long?safety car stint another crash neutralized the action right at the restart when Garth Rickards was punted off on the main straight.

Lloyd nailed the second restart as well and, in the absence of further drama, cruised to the finish?ahead of Luo.

Robert Megennis jumped up to third from ninth at the start and held off Luke Gabin to secure a podium on his USF2000 debut.

Gabin himself kept the charging Victor Franzoni at bay, who instead dropped behind Anthony Martin?on?the penultimate lap.