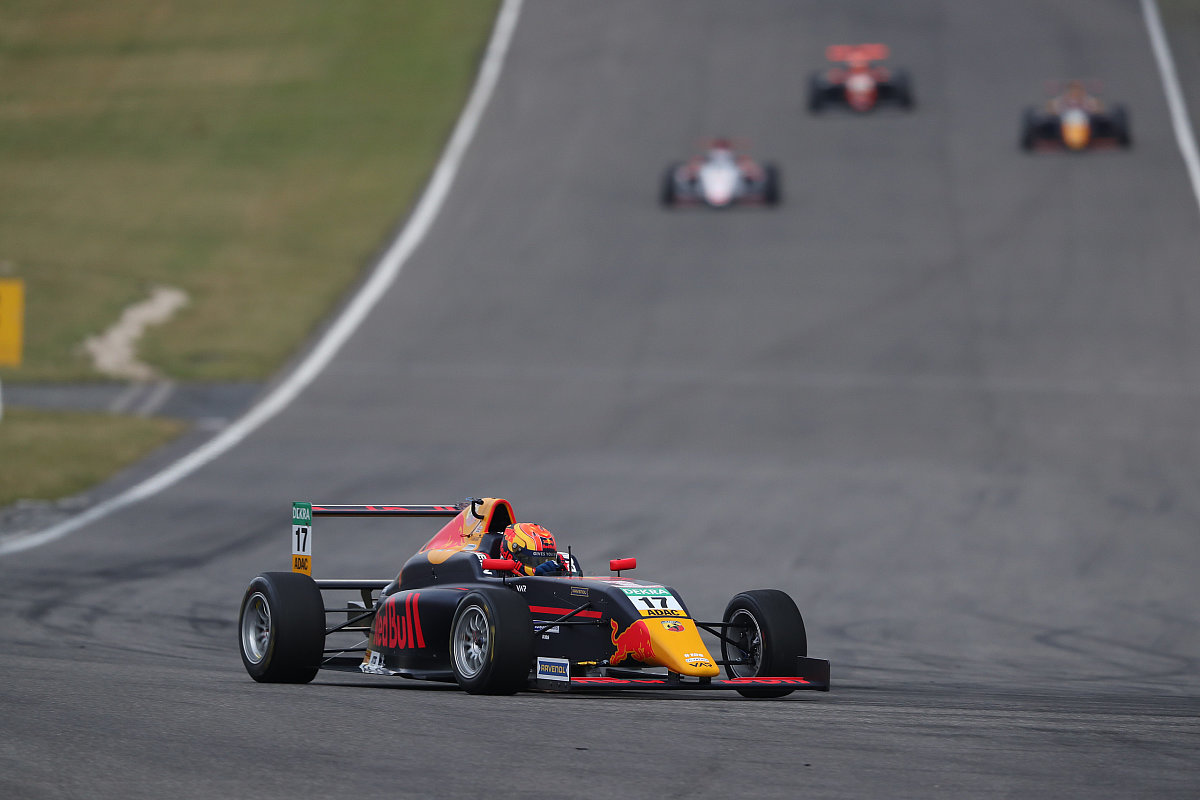 Van Amersfoort Racing’s Jonny Edgar took a dominant win in the second race of the weekend at the Nurburgring to extend his ADAC Formula 4 points lead.

The Briton went unchallenged into the first corner of the race from his pole position, and from then on put in a consistent pace to pull away from the rest of the field.

He ended up completing 21 laps in the half-hour race, and finished with a 6.082s lead over US Racing’s Elias Seppanen in second place.

Seppanen initially led a pack of three cars that watched Edgar pull off into the distance, but he too managed to create a gap once race one winner Gabriele Mini became focused on defending third place from Edgar’s VAR team-mate Jak Crawford.

In the final laps their battle heated up, with Red Bull junior Crawford sticking his nose in at every corner of lap 19 and forcing Mini- who is making his series debut this weekend -into several lock-ups. He ended up not being able to get past though, with a second podium for Mini bringing him to within four points of Crawford in the standings.

Tim Tramnitz was a lonely fifth for much of the race, with his US Racing team-mate Ollie Bearman doing a defensive job in sixth. It took a long time, but Mucke Motorsport’s Joshua Duerksen eventually broke that defence and immediately closed in on Tramnitz in the closing laps.

Ferrari junior Dino Beganovic stalled at the start of the race but the Prema driver recovered to 11th, while VAR’s Francesco Pizzi and US Racing’s Vladislav Lomko were caught up in an opening lap incident that required pitting and put Lomko a lap down.