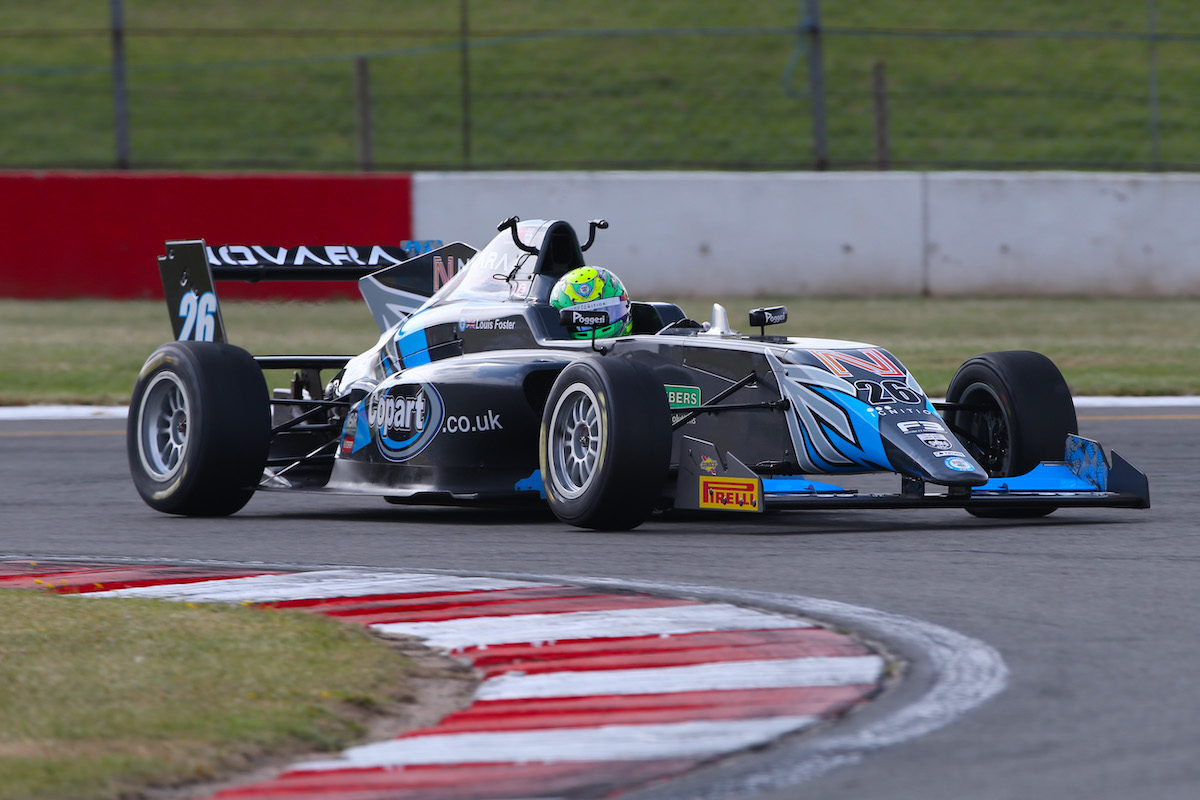 Rain began to fall lightly at the start of the 20-minute race, and Carlin’s Frederick ran onto the grass on the opening lap after taking the lead at the start.

That allowed Foster through into a lead that he did not relinquish, ahead of Hitech GP duo Reece Ushijima and Kush Maini.

There was a safety car after a couple of laps for Chris Dittmann Racing’s Nico Varrone, who had spun around. The race was restarted with half of the allotted time remaining, and Foster made a good restart.

He was able to pull a small gap late in the race to secure his first win by just over a second from Ushijima, who claimed his first podium. Maini challenged his team-mate, but despite being vastly more experienced was not able to get past.

After his early mistake, Frederick’s race seemed to go from bad to worse. He lost further positions after the restart to drop to sixth and was overtaken by two more cars, the latter occurring on the penultimate lap.

To compound his woes, he crashed at Coppice on the final tour. However, the chequered flag should in fact have come out one lap earlier, and so Frederick was classified in eighth.

Ulysse de Pauw is set to start on pole for Sunday’s reversed-grid race, having pitted for a new front wing after sustaining damage late on.

After improving on their personal best laps under a yellow flag during qualifying, Oliver Clarke (Hillspeed), Guilherme Peixoto (Carlin) and Bart Horsten (Lanan) started the race from the back and will do the same for race three.