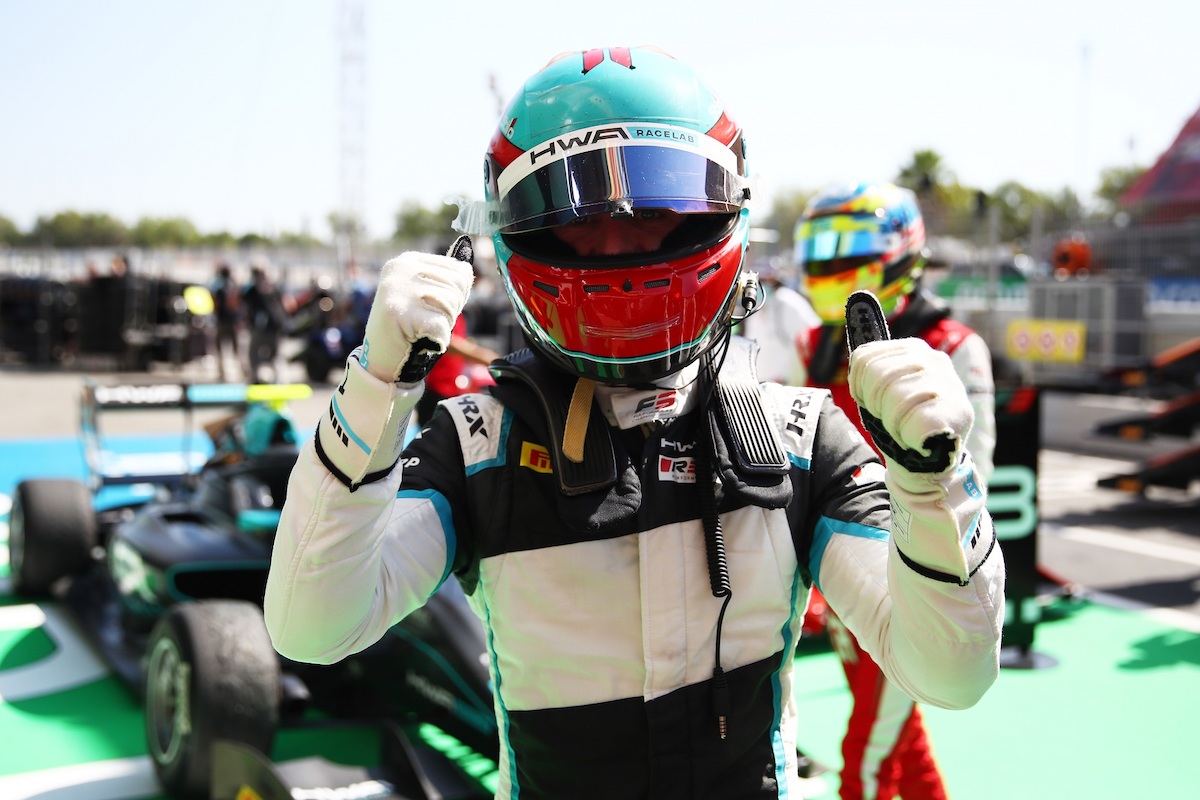 HWA driver Jake Hughes believes that he has “always felt strong” in the FIA Formula 3 Championship after taking a long-awaited first race one win at Barcelona.

It was Hughes’ first win of the season and his second in FIA F3 for HWA, having won the Sunday race at last year’s Red Bull Ring.

Hughes had previously won four times across FIA F3 and predecessor GP3 in three seasons in the category, but all were in the second races of the weekend with the partially reversed grid.

“To be honest I never doubted myself,” he said. “I’ve always had good speed; I was on pole for my first ever race in GP3 here [at Barcelona] in 2016 and there were some quality drivers on the grid at the time, so I’ve always felt strong.”

In that field in GP3 in 2016 were the likes of champion Charles Leclerc – who beat Hughes to win that first race – and Red Bull Formula 1 driver Alexander Albon, as well as 2019 Formula 2 champion Nyck de Vries and 2020 IndyCar rookie Alex Palou.

Hughes went on to race in European F3 in 2017 before returning to the F1 support paddock the following year.

“I never really felt like I’ve had the opportunity to go for the championship through the season,” he said. “I’ve had the opportunity to win races and get poles each year but never had the pace over a season. Again that’s repeated itself this year but it’s nice to get the win just to confirm what I already know basically, that I know I’m driving really well at the moment.”

Hughes won the race after passing polesitter Logan Sargeant on the outside of Turn 1, and said he was more worried about his front-left tyre after the second of two safety car periods than by any pressure from behind.

“Under the safety car I felt like we were going slower than normal,” he said. “I don’t know if the other guys felt that but I had a lot of rubber pickup on the tyre and I had a huge vibration on the restart. So I was a little bit concerned about that but once we started going it went away on the first lap and I think we got the fastest lap on the next tour around so credit to the team, the car was amazing.”

After scoring his first podium of the year last week at Silverstone following his tough start to the year, Hughes is now up to seventh in the standings.

“I think the top five is the realistic view and anything above that would be a bonus,” he said. “But the car is performing quite well at the moment so let’s see.”