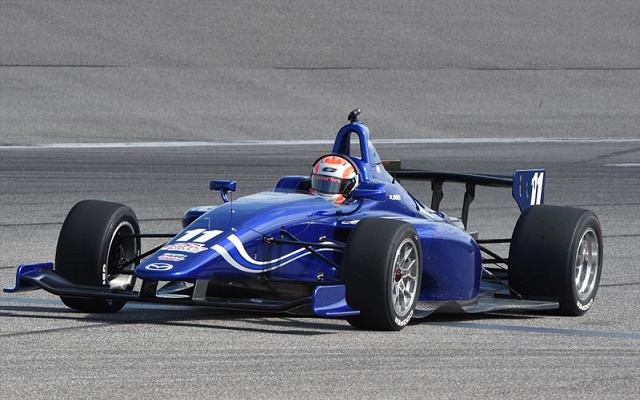 The Carlin duo dominated the second half of the qualifying session, pulling clear of the field as they changed places in first and second lap after lap.

Chilton dethroned Jones with two minutes to go, only to have the Emirati take the spot back a few seconds later. The very same pattern repeated at the checkered flag, as Jones snatched pole from the ex-F1 driver by 0.09s.

SPM’s Jack Harvey was the best of the rest, lingering in sixth at the halfway point but improving dramatically on newer tyres to take third.

The only stoppage in the session was caused by Shelby Blackstock after just two minutes as the American backed his IL-15 into the wall.