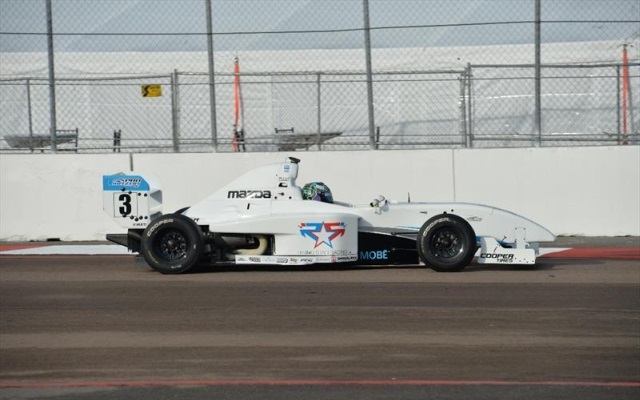 Neil Alberico will start from the pole position in the first Pro Mazda race of the season in St. Petersburg after a confident performance from the sophomore driver.

Alberico, 22, took the lead in the early stages and maintained his position until the checkered flag.

Although Mexican Jose Gutierrez and debutant Santiago Urrutia both came close to snatch the lead from Alberico, at the end it was his Cape Motorsports teammate Daniel Burkett?who took second while Urrutia and Gutierrez had to settle for third and fourth.