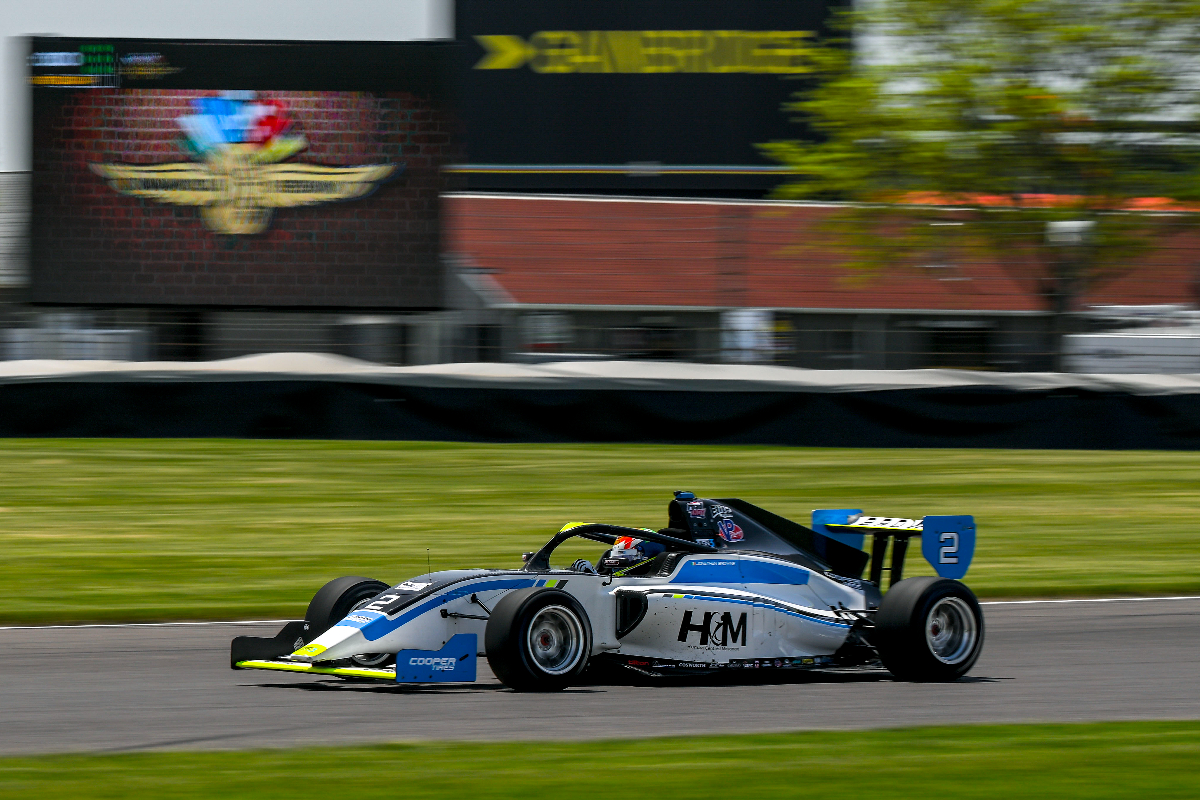 Jonathan Browne will continue a long-running association with the Dempsey family by driving for Peter Dempsey’s Turn 3 Motorsport team in USF Pro 2000 this year.

Dempsey’s father Cliff has been highly infuental in Browne’s career, and he won the 2019 Formula Ford Festival for his eponymous team. When CDR went under new ownership and became Low Dempsey Racing, Browne stayed with the team and won five Champion of Brands races in FF1600.

In 2021 he contested the FFord Festival with new team Vamos Racing, and got Cliff to run his car. That year he also did three GB3 rounds with Hillspeed and made the podium on his debut.

Browne relocated his career to the United States last year by joining Turn 3 in USFP2000. The Irishman claimed pole for his fifth race, but only got one top-five finish through the season, missed a race and came 12th in the standings.

“I’m very happy to be back with Turn 3 Motorsport for the 2023 season,” said Browne.

“We have learned a lot during last season that I believe will help us have a stronger season this year. The post-season tests have gone really well in developing our car and my skills, so I am looking forward to keeping the momentum going into the coming weeks and hitting the ground running in our first race at St. Petersburg.”

Turn 3 boss Peter Dempsey added: “It’s a pleasure to have Jonathan returning to our team. His first year in US racing was a huge learning experience for him, and I feel he’s going to have a very successful second year.

“We’ve conducted a lot of winter testing in preparation for his sophomore year which has all gone extremely well, and we’ve made huge gains with both Jonathan and the car performance from where we ended the 2022 season. We’re now fully focused on our pre-season testing which starts in the next few weeks.”