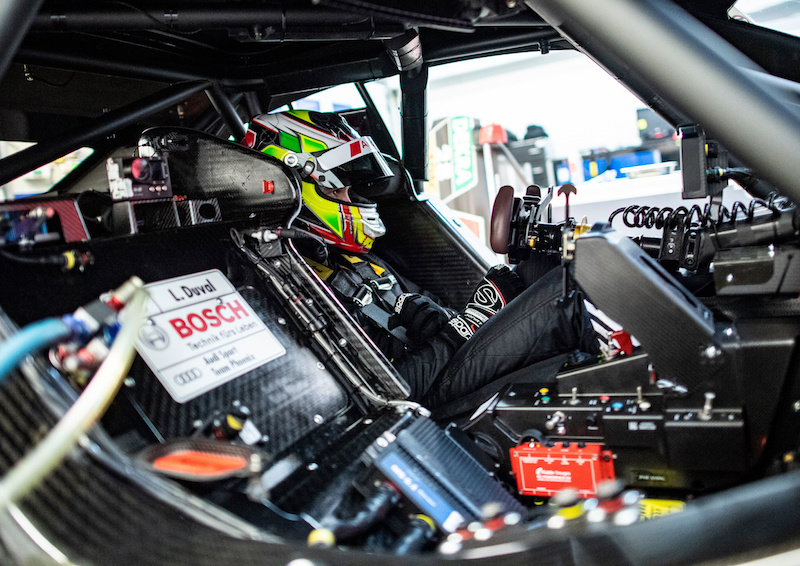 European Formula 3 podium finisher Jonathan Aberdein will race in the DTM this season in a WRT-run Audi.

The DTM has long been on the radar of South African driver Aberdein, who took part in young driver tests with Audi at the end of both 2017 and 2018.

His father Chris raced touring cars for Audi in South Africa during the 1990s.

Aberdein Jr stepped up from karting in 2016, spending two seasons in ADAC Formula 4 with Motopark, and winning the UAE F4 title over the intervening winter.

Last year he stepped up to European F3 with the team and enjoyed a strong rookie campaign, scoring two podiums at Silverstone and another at the Red Bull Ring in the second half of the season on his way to 12th overall.

“DTM has always been my dream,? he said.

?I have watched the series since I was a little boy on TV and now here I am ? this is a massive dream come true.

“DTM has always been my goal through karting to single seaters, Formula 4 and Formula 3 and the DTM young drivers test and now here I am, so special thanks to Vincent Vosse and the team for this incredible opportunity.

“Coming from single seaters with similar lap times and similar downforce is an advantage over say a driver who comes from a GT background, so I am really looking forward to the challenge.

?I am also proud to follow in my dad?s footsteps to be an Audi driver and I am really excited for the year ahead in the world?s leading tin-top series.?

Belgian squad WRT is best known for its multiple titles in GT racing for Audi, but is moving into the DTM this year as a customer team after the departure of Mercedes opened up space on the grid.

Aberdein is the second driver to step up from European F3 to DTM over the winter after Ferdinand Habsburg landed a drive with the new R-Motorsport Aston Martin project.