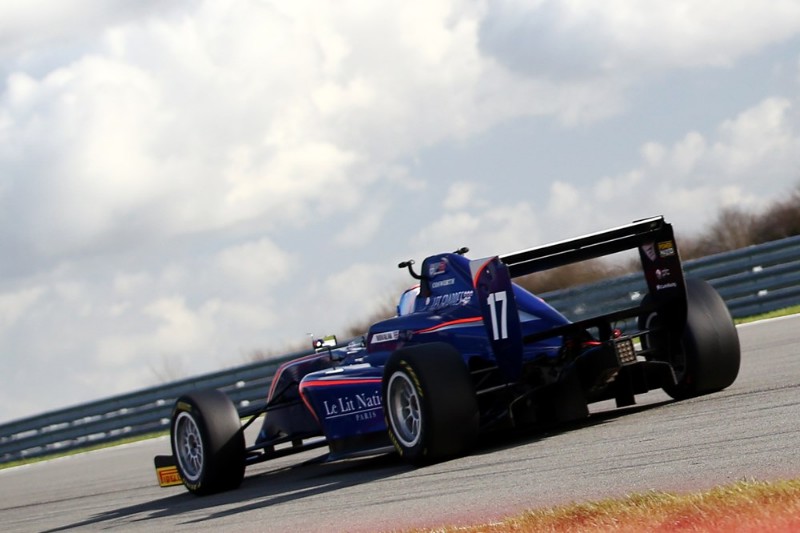 The Carlin driver set a 2m16.032s lap on Wednseday, 0.033 seconds faster than team-mate Kaylen Frederick, who had set the pace the day before.

Double R Racing’s Neil Verhagen, who has experience of the Belgian track from his time in the Formula Renault Eurocup, was third fastest and 0.201s off the pace.

Local driver?Ulysse De Pauw was fourth for Douglas Motorsport, ahead of championship returnee Pavan Ravishankar (Double R) and media day test pacesetter Johnathan Hoggard of Fortec Motorsports. All of the top six drivers were faster than the previous track record.

Swedes Lucas Petersson and Hampus Ericsson were seventh and eighth for Carlin and Double R, with British Formula 4 champion Kiern Jewiss ninth fastest and the last driver within a second of Novalak in his Douglas car.

Carlin ran an additional car for W Series hopeful Sabre Cook, while the track was also in use by Euroformula Open drivers Linus Lundqvist, Nicolai Kjaergaard and Billy Monger, all of whom raced in British F3 last year.

While most teams opted for Spa, Chris Dittmann Racing chose to test at Silverstone with its line-up of Ayrton Simmons and Nazim Azman.