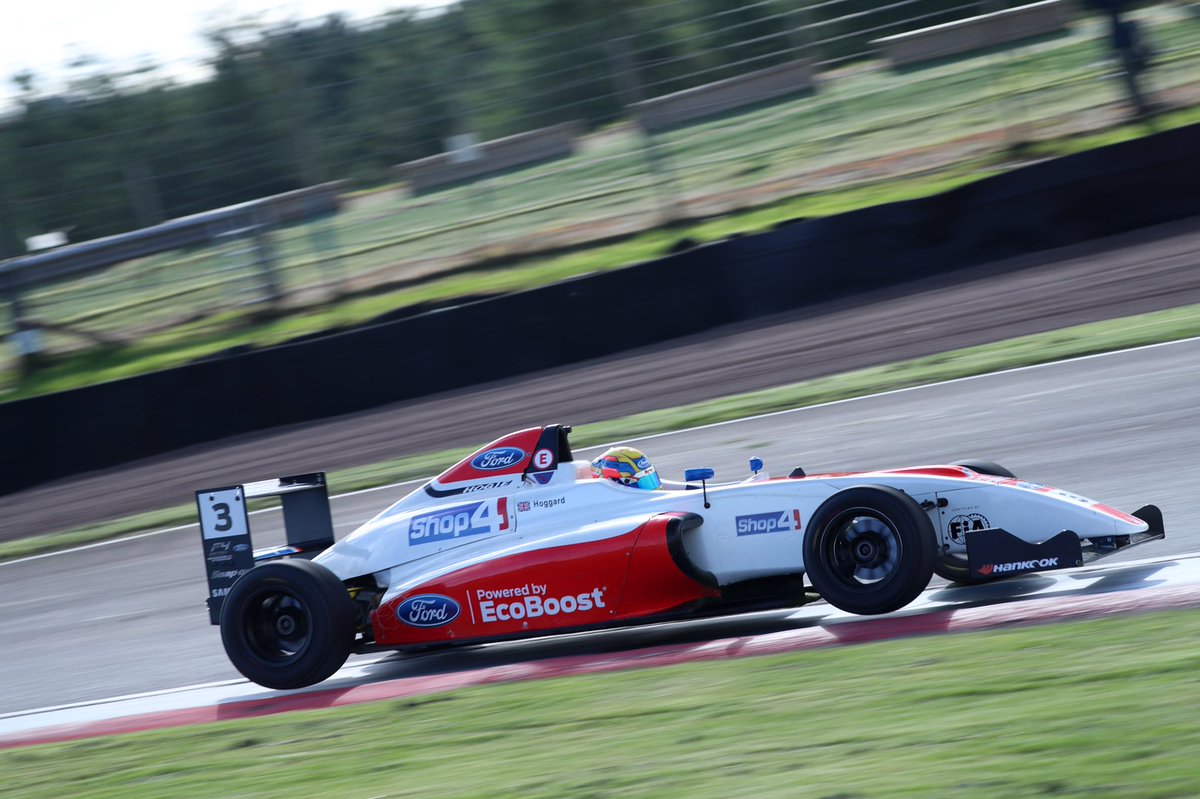 Johnathan Hoggard capitalised on pole position to claim his fourth win of the British Formula 4 season in race one at Knockhill.

Fortec Motorsports driver Hoggard came out on top of a close battle in qualifying at the Scottish circuit, beating the in-form Patrik Pasma by 0.034 seconds and Jack Doohan by 0.046s.

The race was similarly close, with Hoggard’s lead only briefly going above one second as Pasma kept in pursuit while also keeping Doohan at bay.

?I prefer to have a clear road in front of me so I can do my own thing, and was able to manage the gap to the guys behind,? Hoggard said. ?The car felt good at the start and I got a gap and then they were able to close in towards the end ? probably more than I would have liked.

?I got my head down and extended my advantage back out again before the finish and it?s great to win again. It was a long wait from my wins at Donington to Rockingham, but the confidence I got there has carried through to here and I?m looking forward to the challenge of rain tomorrow.?

There was just three tenths between Pasma and Doohan at the finish, with both finishing clear of championship leader Kiern Jewiss, who in turn was not pressured by Seb Priaulx.?Jewiss could increase his points margin over Ayrton Simmons, who finished sixth.

Dennis Hauger had qualified ahead of Simmons in sixth place but served a five-place grid penalty for the contact that put he and fellow Red Bull Junior Doohan out on the first lap of the final race at Rockingham.

Hauger managed to work his way up to seventh by the flag, in front of Paavo Tonteri, Manuel Sulaiman and Josh Skelton.