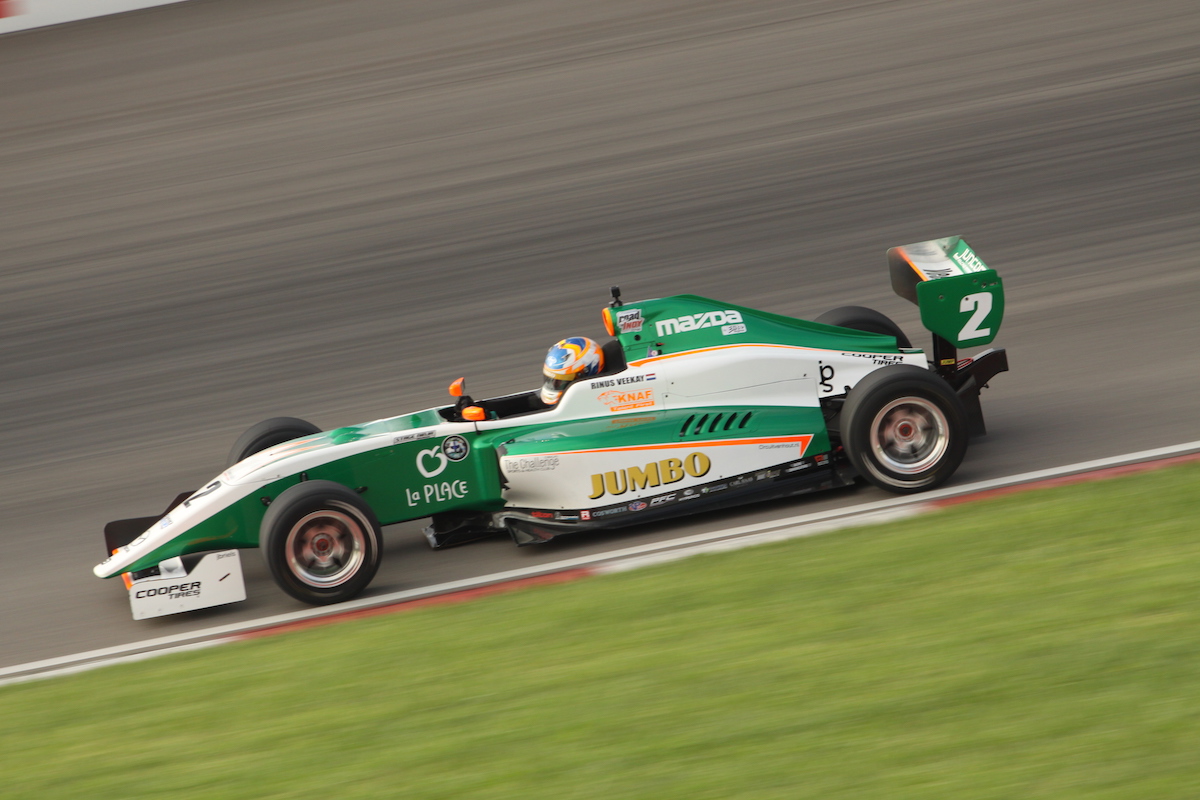 Rinus VeeKay extended his championship lead over Parker Thompson in Pro Mazda after winning on the Gateway Motorsports Park oval.

Harrison Scott claimed his maiden pole position on his series return, but VeeKay swept into the lead around the outside of the first turn, with his Juncos team-mate Robert Megennis?following suit soon afterwards.

While it looked like Megennis?was going to put pressure on the championship leader before the half-way point, VeeKay created a larger gap between the two drivers before the chequered flag fell.

Scott was able to keep hold of third place for the rest of the race, although?Moises de la Vara was less than a second away in fourth place.

Oliver Askew rounded off the top five in the same position that he qualified in.

Exclusive Autosport driver Thompson started from the back of the pack after not setting?a time during qualifying, putting a dent in his championship battle.

Within 20 laps he was already up to eighth place, while on lap 36 of 55 he moved up into seventh ahead of BN Racing’s David Malukas.

Just a few laps later he started to battle with RP Motorsport’s Mathias Soler-Obel for sixth position, although it took a few more laps to get the job done.

While Thompson was only able to finish in sixth with his championship rival VeeKay winning his fifth Pro Mazda race in a row, he does pick up an extra point for setting the fastest lap during the final quarter of the race.