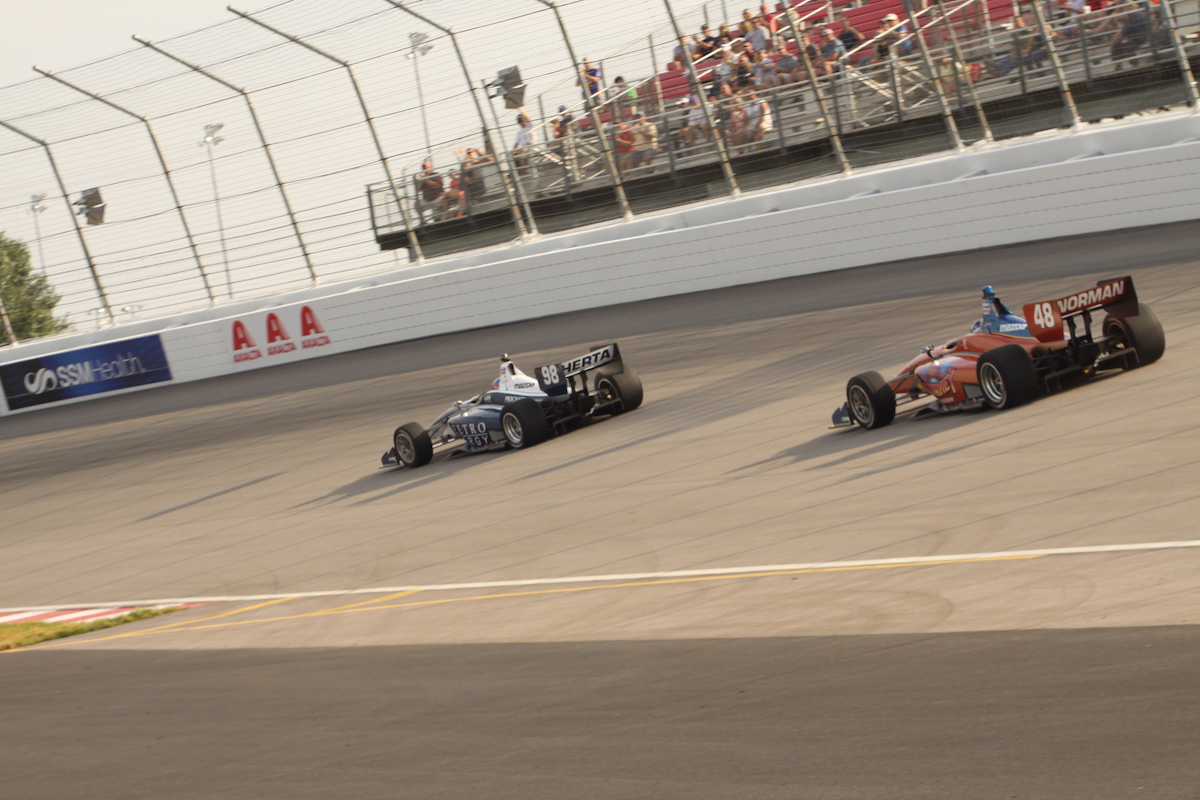 Ryan Norman took home his maiden victory in Indy Lights at Gateway Motorsports Park after a battle with Colton Herta during the final laps of the race.

Colton Herta – who is currently second in the championship behind Patricio O’Ward – led the pack from pole position and looked comfortable in the lead during the majority of the 75 lap race with a small but manageable gap to Norman.

However Norman started to close in slightly on Herta at around lap 57 and the battle heated up during the final 10 laps of the race.

Norman was able to get past on the inside of the back straight to lead the race at around lap 69, and with Herta’s car looking not as comfortable as him on the high line used that to his advantage during the final few laps of the race.

The first place finish is his first in Indy Lights having joined the series with Andretti Autosport for the 2017 season. Before the race at Gateway his joint best finish in the series was third.

While Herta closes the championship with a second place finish, O’Ward was able to keep hold of third place further down the road.

The result means Herta was only able to gain five points on O’Ward with the gap between the two drivers at 28 points heading into the final weekend of the season in Portland.

Santi Urrutia finished less than a second ahead of Aaron Telitz at the chequered flag to take home fourth position, with the two Belardi Auto Racing team-mates putting on their own side-by-side battle for a few laps around lap 50.

Juncos Racing’s Victor Franzoni finished on the back of the two drivers in sixth, while Dalton Kellet ended his race in seventh after being lapped by the two frontrunners late on.