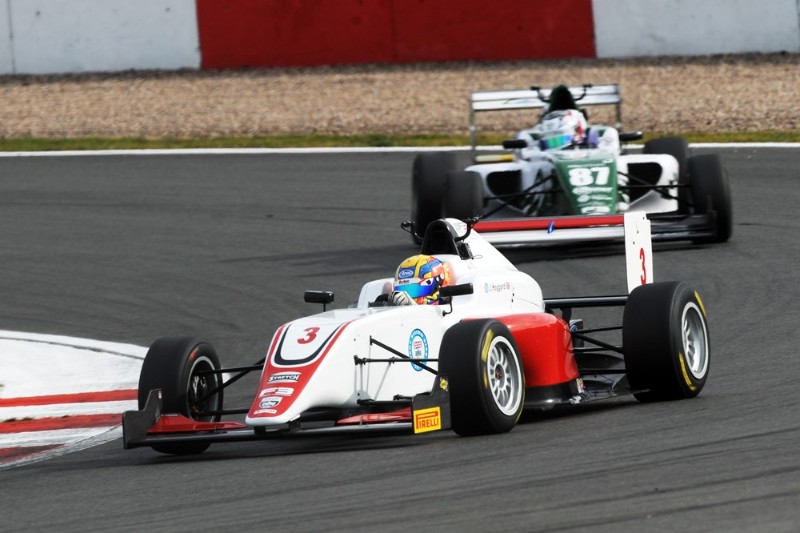 Johnathan Hoggard won the final BRDC British Formula 3 race of the season at Donington Park, securing second in the standings.

Hoggard and Jewiss were comfortably the fastest two drivers throughout the majority of the 12-lap race, and Fortec Motorsports’ Hoggard was able to resist pressure from Douglas Motorsport driver Jewiss throughout.

Jewiss?s strongest opportunity to get past came on the third lap but he locked up going into the last corner. He kept within a second throughout the contest but came short by 0.719s at the end after locking up again a few laps later.

Although he missed out on the title, Hoggard did win the Sunoco Whelen Challenge, earning himself a prototype drive in the 2020 Daytona 24 Hours.

De Pauw?s race came to a conclusion early, pulling off with a mechanical issue. He battled hard with Chris Dittmann Racing?s Ayrton Simmons, who came off worse in the opening corner tussle.

Simmons recovered to eighth from the back of the field, passing Swedish duo Hampus Ericsson and Lucas Petersson in the middle of the race.

New champion Clement Novalak started ninth and worked his way up to sixth, behind Hillspeed’s Sasakorn Chaimongkol and his own Carlin team-mate Kaylen Frederick.