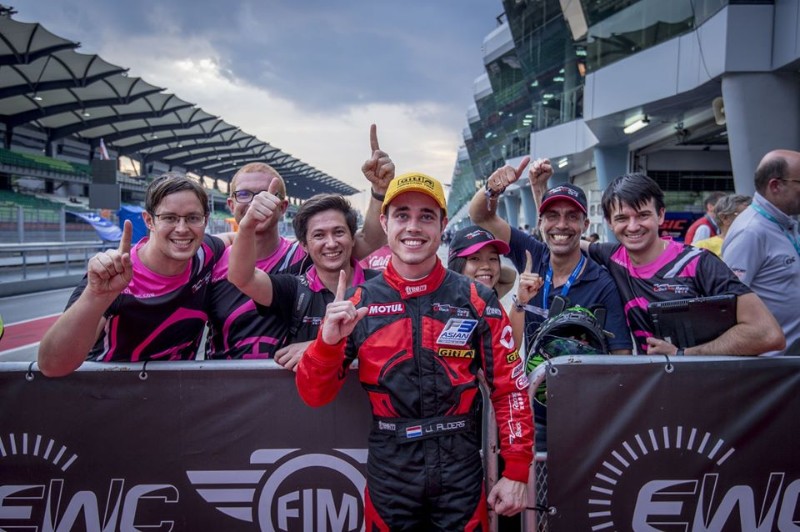 The BlackArts Racing driver backed up his win in Friday’s rain-affected opening race with victory on Sunday in a fully-wet race two.

Alders was on course for second in the largely dry race three, but dropped to third after running wide late on after rain arrived.

Red Bull junior Jack Doohan won the third encounter from pole for Pinnacle Motorsport, having finished a close second behind Alders in race one from seventh on the grid. He was one of many to struggle in race two, finishing down in eighth.?

Reigning champion Ukyo Sasahara, a guest entrant due to his champion status, had a largely disappointing weekend.

The Hitech GP driver lost race one pole to a technical issue and recovered to eighth, while further problems led to retirement in race two. He then span out of third in race three during the late rain shower.?

Zen Motorsport’s James Yu inherited Sasahara’s race one pole, but a poor start contributed to him finishing ninth. The Chinese driver improved to sixth and fourth in the remaining races.

Formula 2 driver Nikita Mazepin (Hitech) was fourth in race one and second in race two after close battles with Absolute Racing’s Daniel Cao, and came from the back to fifth in race three.

His team-mate Devlin DeFrancesco had a strong debut. The Canadian finished third in race one and, after slipping down the order to ninth from race two pole, took advantage of Sasahara and Alders’s late mistakes in race three to finish second.?

Jake Hughes, the 2018 Asian F3 runner-up, took seventh and sixth places in Sunday’s two races on his return, but retired from Friday’s race.?

Mazepin’s F2 rival Tatiana Calderon (Seven GP) came from 13th to finish fourth in race two, having retired from race one due to a collision with Masters class driver Thomas Leudi.

Schumacher scores the most in MRF Challenge’s Bahrain races