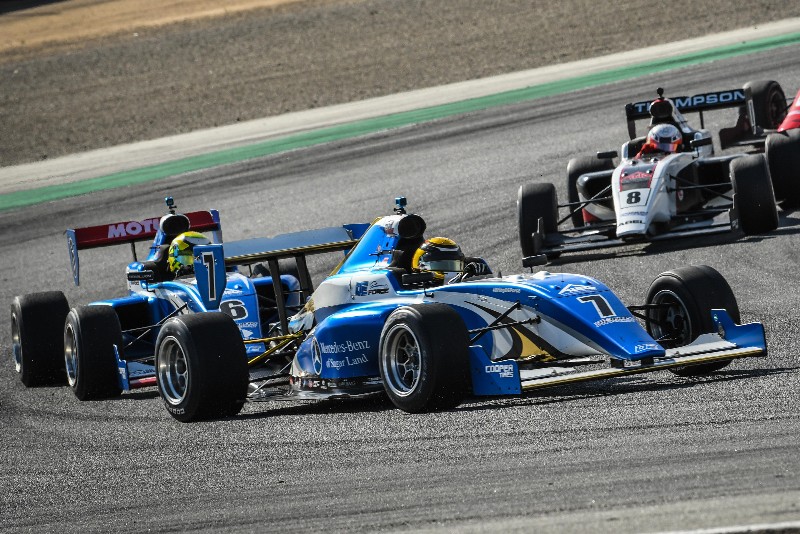 DEForce Racing has revealed its first four signings for the 2020 seasons in Indy Pro 2000, USF2000 and United States Formula 4.

The Texas-based team has retained Kory Enders and Moises de la Vara for its IP2000 squad, with the pair having finished seventh and eighth in the championship standings this year.

Enders, a winner in NACAM F4, missed the Mid-Ohio round but did score podiums at the Gateway oval and Laguna Seca.

The 22-year-old also took a third place finish from a US F4 cameo with the team at Circuit of the Americas, when the championship was supporting Formula 1.

NACAM F4 champion de la Vara, also 22, joined DEForce in IP2000 for five races in 2018. He ended this season with his only top-five finish of the year, which matched the fourth place he achieved when he was a part-time entrant.

Parker Thompson, who was IP2000 runner-up in 2018 and was third in the standings this year, and reigning NACAM F4 champion Manuel Sulaiman have also tested with DEForce in the off-season,

Kiko Porto is the first signing for DEForce’s USF2000 operation for 2020 after being the lead driver in the team’s US F4 line-up this year.

The Brazilian joined US F4 midway through 2018, and finished no higher than 10th, but was immediately on the pace once the 2019 season got underway.

He won three races and took a further five podiums, scoring enough points to put him second in the standings.