Schumacher scores the most in MRF Challenge’s Bahrain races 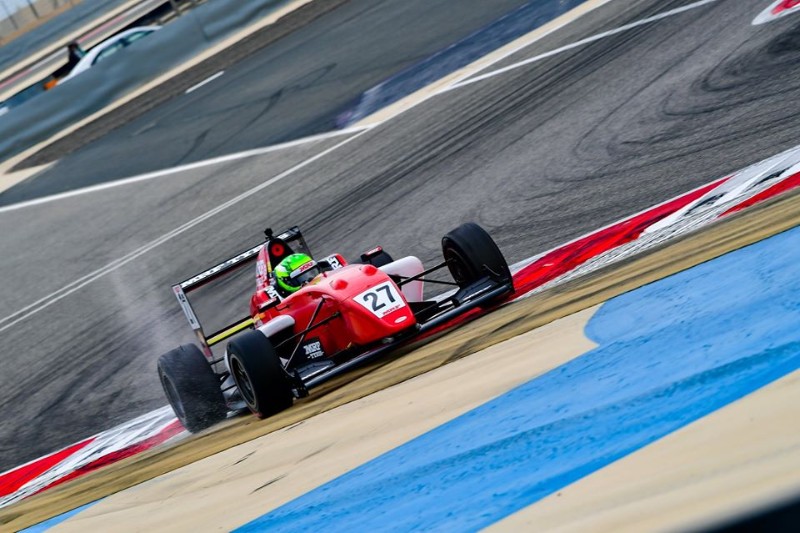 David Schumacher was the top scorer on the second day of MRF Challenge races in Bahrain, despite not winning.

Bent Viscaal, who like Schumacher was using his Bahrain trip as track experience ahead of FIA Formula 3 Championship’s visit next year, won the first of Sunday’s first two races.

The Dutchman moved past poleman Schumacher off the line and was then never threatened, and even after backing off on the final lap he was still 0.765 seconds in the clear.

Due to sharing a bill with the World Endurance Championship’s Bahrain 8 Hours, there was only time for four MRF races during the weekend rather than five, and the last one was won by series veteran Dylan Young.

The Australian started from second on the reversed grid behind championship leader Michelangelo Amendola, who ended the first lap down in eighth place.

Race three winner Viscaal didn’t even complete the lap, while Joshua Mason and Hijjawi rose into the podium positions behind Young.

Mason failed to challenge while in second, and Hijjawi did a bit better after passing the BRDC British F3 race-winner but still couldn’t prevent Young from winning.

A poor start by Schumacher led to a recovery drive to third, with Mason dropping way back once he was demoted to fourth.