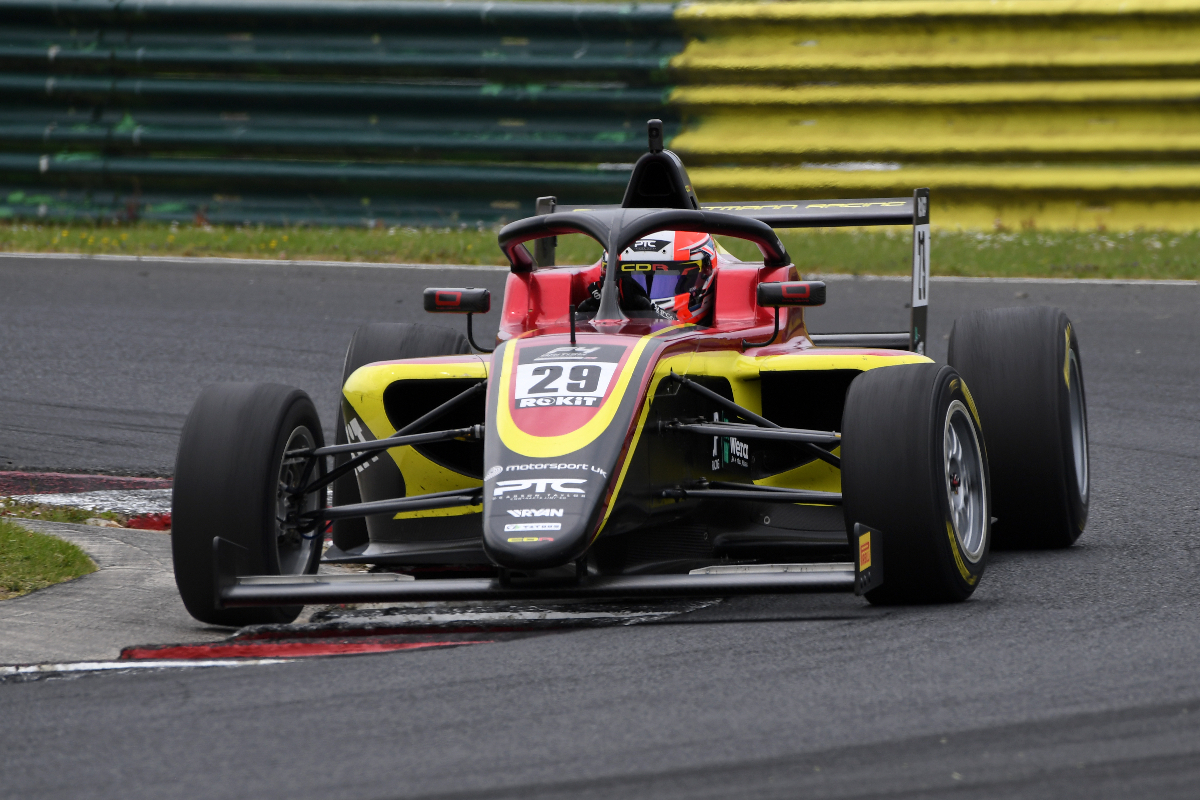 Joel Pearson and his Chris Dittmann Racing will not compete in the British Formula 4 round at Knockhill next weekend.

Pearson was involved in a serious crash in the previous event at Croft last month and the team confirmed he is still recovering from injuries sustained in the incident.

“Unfortunately, we won’t be taking part in the upcoming British F4 weekend at Knockhill whilst Joel Pearson recovers from his injuries following the accident at Croft,” the team said on social media.

“We look forward to welcoming him back to Snetterton where we may also have some exciting news to share!”

The final race of the weekend at Croft was suspended due to Pearson’s incident.

According to Pearson, the car ahead him moved in the braking zone. Pearson moved to avoid the car, and hit the barriers nose-first at high speed. The race was red flagged and Pearson was taken to the medical centre.

Pearson avoided any major injuries but did leave Croft with a suspected broken finger.

Pearson has been CDR’s sole driver so far in its maiden British F4 season. The 18-year-old is contesting his first year racing single-seaters following treatment for a rare form of bone cancer delayed a planned graduation from the Ginetta Junior championship.

He is currently 14th in the championship having claimed a best finish of fourth place at the second round of the season at Brands Hatch.