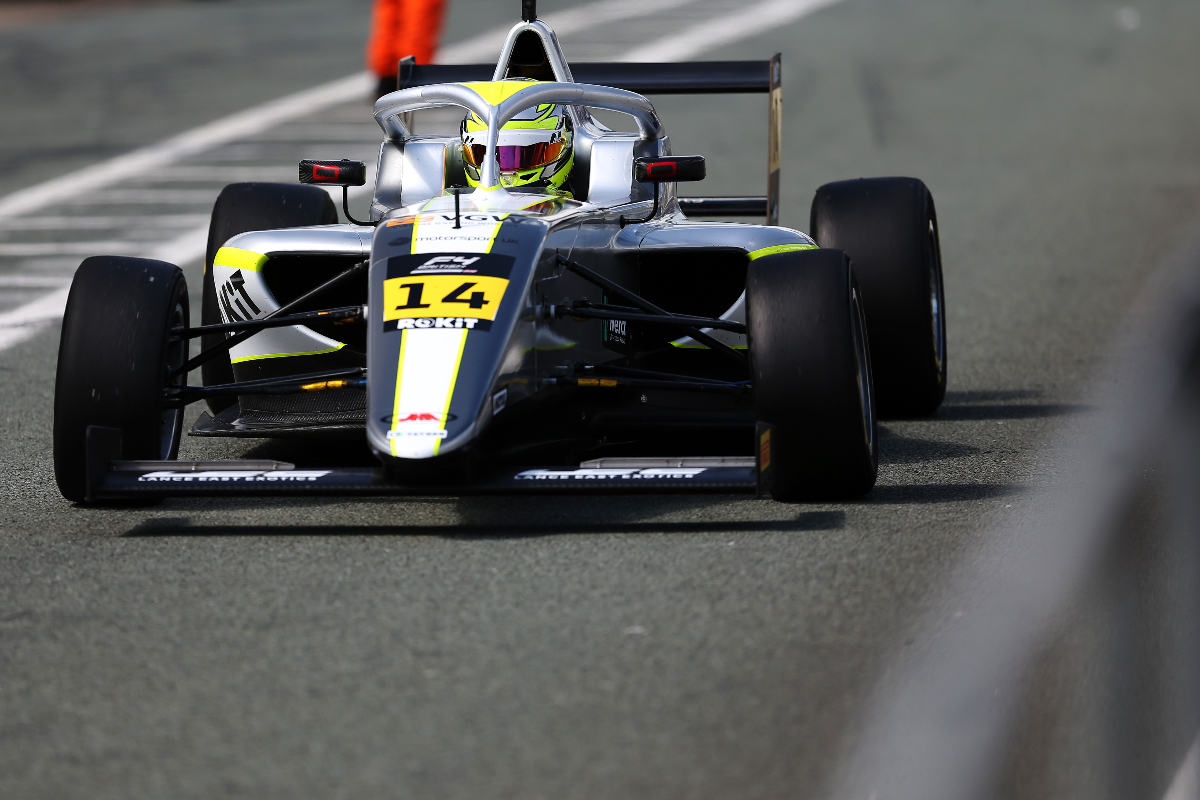 It was the series’ usual contenders that set the pace in Monday’s two sessions, with Campos Racing’s Hugh Barter going fastest in the morning by 0.089 seconds ahead of team-mate and points leader Nikola Tsolov.

Filip Jenic completed a Campos 1-2-3 and was 0.183s off Barter’s pace, while Valerio Rinicella was the top MP Motorsport driver in fourth and a quarter of a second away from first place.

The top 16 were spread by a second on pace in the session, and initially it was MP’s Christian Ho who ran at the top of the timesheet.

Global Racing Service’s Vladislav Ryabov then became the pacesetter after the first half-hour of running, before Rinicella became the first driver to lap in the 2m02s.

He stayed ahead until late into the second hour of action, when Tsolov went quickest with a 2m01.772s lap. That was improved on very slightly in the next half-hour, and it wasn’t until the very end that Barter took top spot from him with a 2m01.562s lap.

Joining the field for a second time was Charlie Wurz at Campos, but he was swapped out for the afternoon as the team’s full-time driver Manuel Espirito Santo jumped in.

Rinicella led the way in the slower afternoon session, which actually featured some rain amid the mild temperatures, setting a 2m01.905s to head Barter, Tsolov and MP’s Kirill Smal by over four tenths of a second.

Daniel Macia was back with Teo Martin Motorsport for the day, having cameoed for the team earlier this year, but he was out of the car on Tuesday. Mateo Villagomez meanwhile joined in with Drivex School, who was also running Spanish karter Ricardo Lopez as a test-only entry.

The other non-racers were Noah Stromsted (Campos), Dion Gowda and Niels Koolen (both Monlau Motorsport).

Lisle set the pace in the Tuesday morning session, where all but Alvaro Garcia and Lopez (of the drivers to do both days) set their best laps. He was 0.449s clear of Tsolov and Barter, and set the benchmark pace early on.

There was less running in the warmer afternoon session, topped by Sainteloc Racing’s Theophile Nael after Rinicella spent several hours sat in first place. Nael was just 0.047s faster than Rinicella, and Smal was 0.081s back in third.