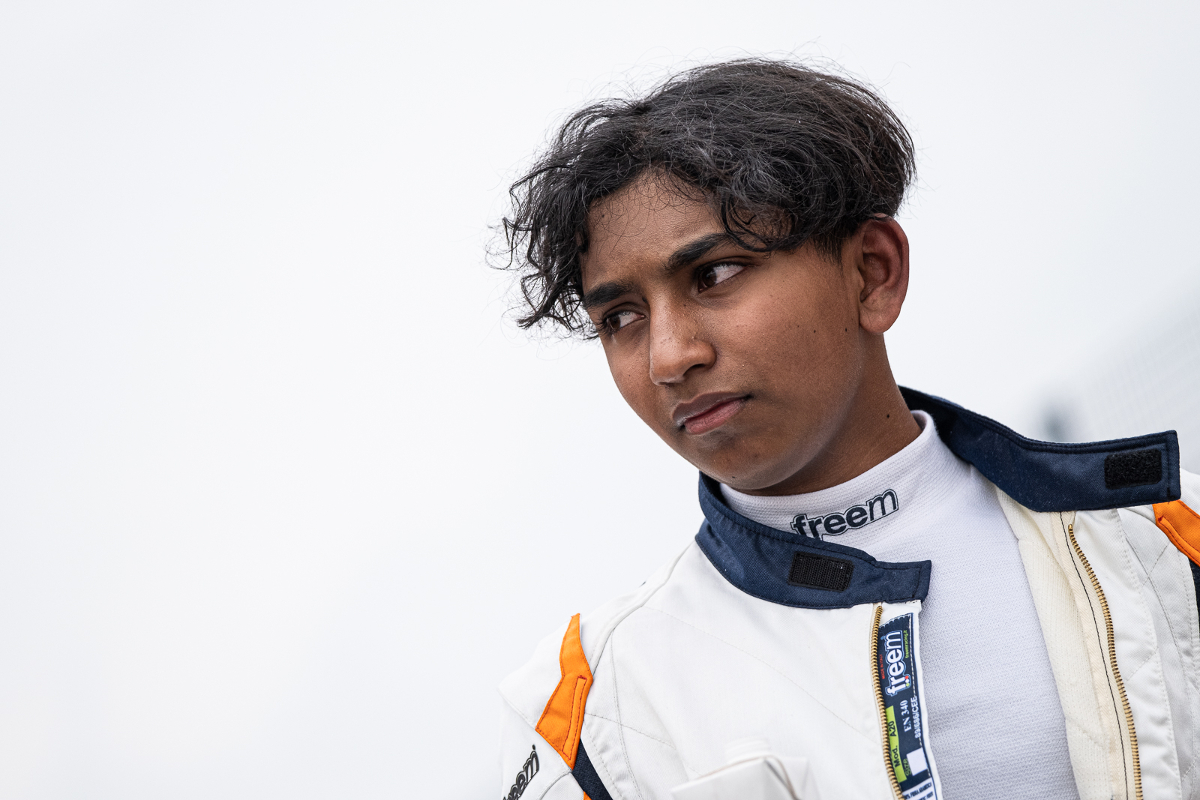 Danish Formula 4 rookie Mika Abrahams says the title is “definitely” a possibility after the strong start to his season.

The South African only recently turned 14 years old, and missed Danish F4’s May season opener, but was on the podium in his first five single-seater races, won twice and is fourth in the standings at the season’s halfway point.

Drivers have to be 15 to earn FIA superlicence points and race in F4, but Danish F4 has treaded its own path by setting a mimum age of 14 and continuing with first-generation chassis while most series now have Gen2 machinery.

Abrahams graduated from karts to cars this March, doing three rounds of South Africa’s series for Legends cars as “good preparation to get the feel of a big circuit” before his first F4 tests and races last month.

“Initially we were going to do Rosberg Academy, but the logistics didn’t work out unfortunately,” Abrahams told Formula Scout in the series paddock.

“So we got referred to Danish F4 because it’s the only F4 I could at 14. We’re just using this year as preparation for a main F4 championship [in 2023].

Abrahams will move to ADAC or Italian F4 as his primary 2023 programme once he is 15. Right now he is still based in his home country and flies out for his races with Team FSP in Danish F4.

“I’m used to big teams from karting, but [Team FSP] doesn’t compare. It’s just more professional in my opinion, and they help me so much. It’s been amazing,” he said.

“It’s a strong field, we’re definitely really close. And I think we’re always learning from each other.

“The season started brilliantly. It’s not what I expected, but I’m really happy that every race so far [at the time of the interview] I’ve finished in the top three, and hopefully we can keep that up. I’m really happy with the improvements that we’ve made, and just overall it’s been an amazing season so far.”

He currently sits 45 points off the championship lead, but has been the highest scorer since debuting. Does Abrahams think the title is possible?

“Definitely. I think the title’s wide open. Anyone can win it from top five, top six. Just have to keep it consistently in the top three and we’ll see how the season ends.”

Abrahams just came short of pole position on debut, and says “one-lap pace has been pretty good” in his two appearances, and that he’s physically in a great position too.

Despite Danish F4’s less known reputation, he believes “there’s always someone watching out there” and results will make the “opportunity” more likely to join a top team for 2023.