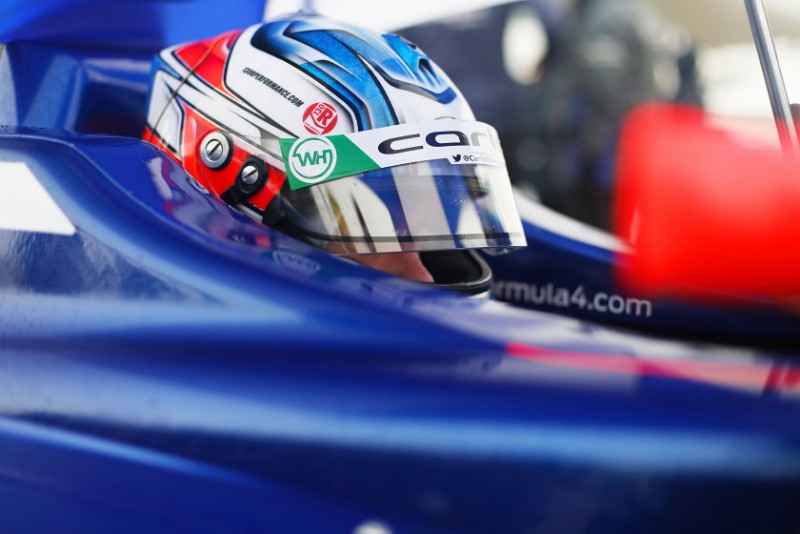 British Formula 4 driver Joe Turney has left the championship to concentrate on his karting commitments for the rest of the season.

The car racing rookie signed a last-minute deal to race with Carlin this year, and took a remarkable pole on his debut at Brands Hatch. In the first half of the season he failed to match that qualifying performance, and only visited the podium twice.

Two second place finishes at Donington Park and Oulton Park left Turney eighth in the standings going into last weekend’s Snetterton round, which he was absent from. His previous F4 appearances have been on a round-by-round basis.

“In order to give full focus to my commitment with the Tony Kart Racing Team I have decided to step back from British F4,” Turney said in a statement on Facebook.

“Thank you to Carlin for the opportunity; despite some difficulties across the five rounds we managed to lead races, take pole and podiums, with a haul of 13 trophies.

“Not bad for a driver with virtually no car time before round one and having never visited most of the tracks before!”

Turney has simultaneously been competing in international karting this year, as well as coaching other karters in the UK. In 2018 he was the IAME International Final winner and the British and Benelux Karting champion in Senior X30 karts.

He has already finished 11th in the CIK-FIA European Karting Championship (OK class) this year, and was second on the road in the final round of the season last month before a technical penalty.

Earlier in the year he finished 15th in the WSK Super Master Series in the same kart class, and in September will race in the?CIK-FIA World Karting Championship in Finland.

Carlin, which was absent from the British F4 grid last year, is now down to a one-car operation with championship leader Zane Maloney – but has been testing several drivers.