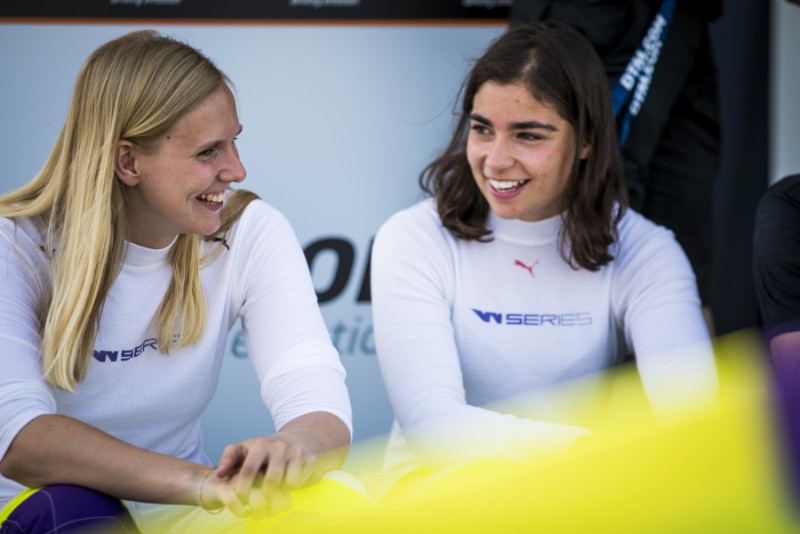 Either Jamie Chadwick and Beitske Visser will be crowned as the inaugural W Series champion at Brands Hatch this weekend.

The pair are separated by 13 points going into the final race of the season around Brands Hatch’s Grand Prix layout, with 25 points available. Chadwick’s lead means she’s guaranteed the title if she makes the podium, while the set of scenarios where Visser can be crowned champion all require the Dutchwoman to be on the podium and for Chadwick to finish 10th or lower.

Highlight of the season so far?
Jamie Chadwick:?I think the Misano win, as it was a bit of a breakthrough. No, wait I take that back. I’d say Hockenheim pole. It was the first big moment of the season in terms of the championship and to take pole the way I did was a highlight.
Beitske Visser: Zolder. Easy. Taking victory there.

Most difficult thing about the Taatus Regional F3 car used in W Series?
JC:?I think the difficult thing is not really about the car as such, but it’s because all the cars are the same. More or less identical, it makes it very difficult to get a gap when you need to and you can?t make many changes to it so I?d say it?s tough to bridge a gap to everyone else [in this car].
BV: I would say the hardest thing is that the downshifts are quite tricky in this car. If you lock the rears you can?t downshift. 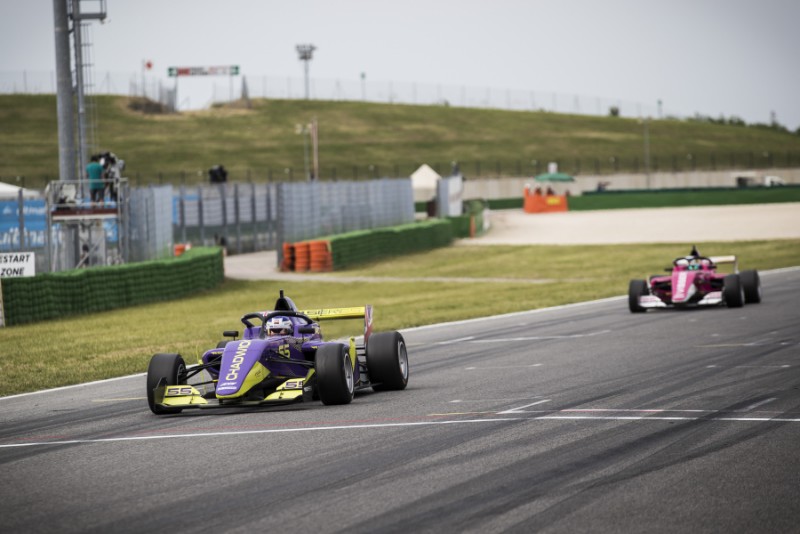 What do you fear most about your rival or a strength you see in them which you have to beat?
JC:?Beitske’s quite often better on the brakes, so that?s something I need to improve a little bit. And for me I think I?m better through some of the high-speed stuff. It ebbs and flows quite a lot in the races when we?re quite close to each other.
BV:?I think our driving styles are quite different so it?s quite hard to compare? we drive quite differently.

Will you be playing any mind games with your rival ahead of the title decider?
JC:?No. Definitely not. I think just waiting for a fair fight. Hopefully we?ve got the advantage at Brands and we can do that.
BV:?I don?t think so. I just need to go there and do my job. I have no influence on what she will do.

Did you enjoy the reversed grid experimental non-championship race at Assen, and thoughts on it being held again?
JC:?It was cool. It was good fun. I think I ended up battling with Beitske for most of it. It was very difficult to make much more progress than I did, it was a bit of chaos. From a championship point-of-view I don?t know how I feel about it but from a racing point of view it was good fun.?I?m glad it didn?t count for points because I finished eighth. If it were for points it would be interesting to see a slightly different approach from everyone [who was] slightly less aggressive so yeah, we?ll see.
BV:?It was definitely fun. I had a really good battle with Jamie ? we overtook each other a couple of times and we always gave each other just enough room. Let?s see what the plan will be for next year [incorporating new race formats], but it was definitely fun. I haven?t thought about that [new formats for season two], but it?s not for me to decide.

Is there extra pressure now it’s a straight fight between you and Beitske?
JC:?Yeah, I mean there?s been pressure all the way through. Hopefully I don?t need to change anything going into the last round. If I can get the advantage I need to around Brands, that will hopefully relieve the pressure. 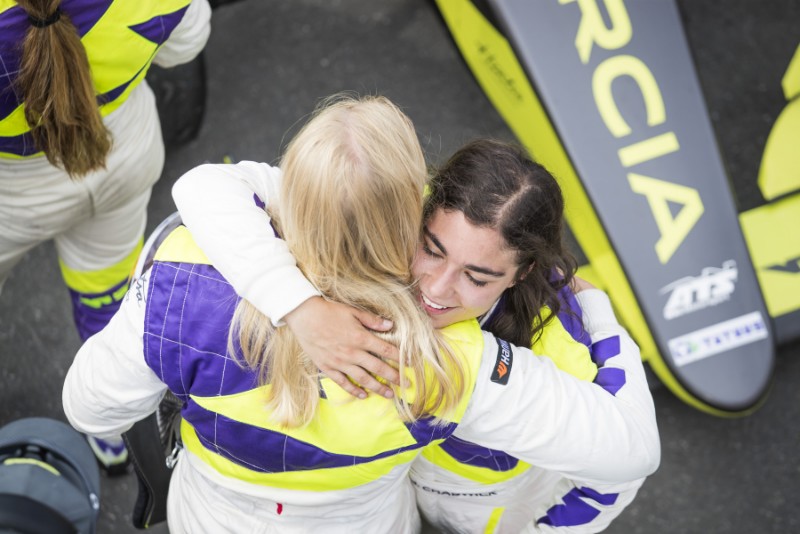 Born in Saudi Arabia, where women were not allowed to drive until last year, Reema Juffali has proved to be one of the stars of British Formula 4 this year.

The 27-year-old started her racing career 10 months ago in?the Toyota GT86-based UAE TRD 86 Cup, and didn’t take long to win. She made the surprise move to F4 with Double R Racing for 2019, and given her inexperience received well deserved plaudits for matching her best result of ninth at Snetterton last weekend.

“It was my best race yet. I was really happy,” Juffali told Formula Scout after the race.

“The goal going in was to stay with the pack, get the speed going and not make too many mistakes, and I did that. Just really happy. I got some chances to overtake over the weekend, the first of many I hope. I want to take this positive and carry it on, and just keep racing.

“[This season] is definitely a big challenge. Every race was trying to take these steps, and some were bigger than others. Clearly I’m coming into the second half of the season I’m a lot more confident, I understand the car a lot more. Obviously I’m still learning, but at the beginning of the season it was about catching up with the pack, and now I’m with the pack and I’m racing.

“Today’s definitely a proud day, I’m very proud of my performance and I want more of it, and more points as well.”

Why W Series is a junior championship like no other