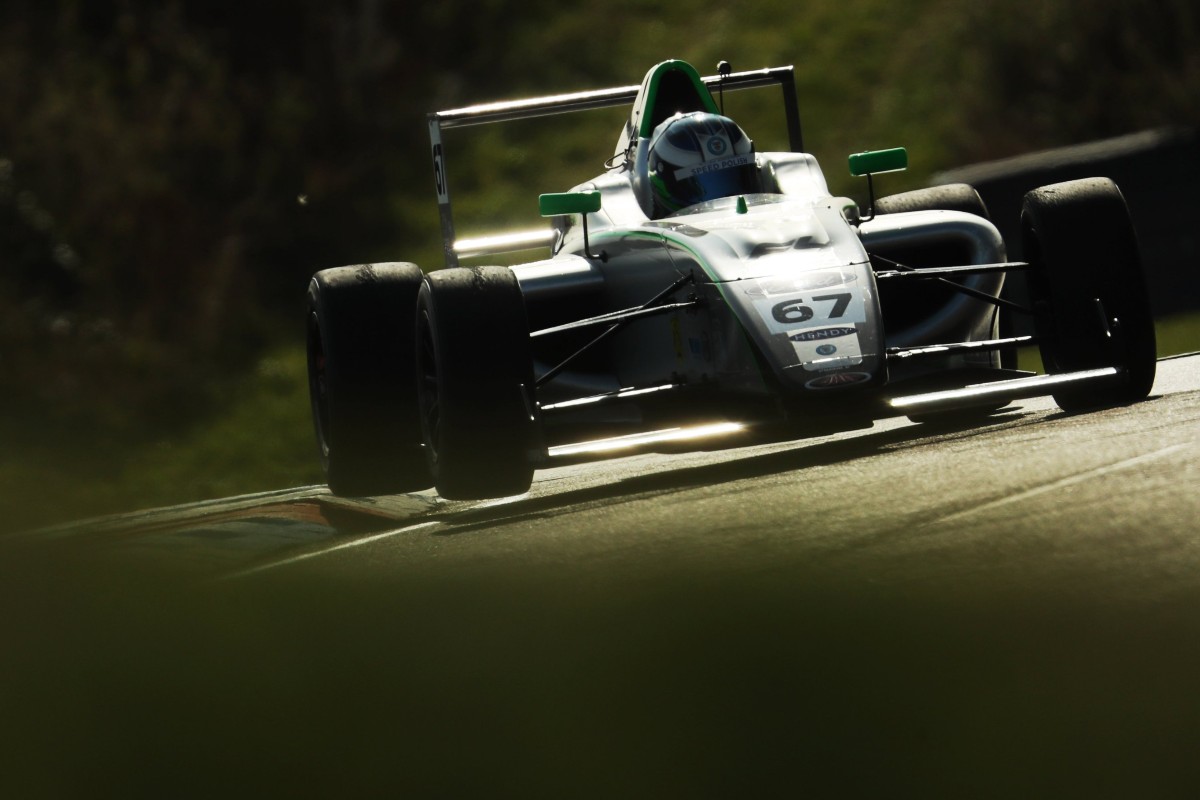 James Hedley used local knowledge to set the pace by over a third of a second in British Formula 4 free practice at Thruxton.

The JHR Developments driver got close to the qualifying lap record for the series in FP1, setting a 1m13.341s lap that was comfortably faster than the rest of the 12-car grid.

Argenti Motorsport’s Casper Stevenson, who along with Hedley won at Thruxton when they were racing in Ginetta Junior last year, was second fastest but 0.361s behind.

Zak O’Sullivan was next best for Carlin, 0.400s off the pace, and while he did go fastest in FP2 he did not beat his best lap from the morning.

Championship leader Luke Browning was second to O’Sullivan in the afternoon session, and that put him fourth overall in the combined classification.

Abbi Pulling (JHR) and Alex Connor (Arden) were only fractionally slower than Browning in fifth and sixth place.

The top 11 cars were within a second of Hedley, with only Carlin’s Matias Zagazeta truly off the pace. This was partly down to a mechanical issue that left him stranded on track in FP1 and reduced the time he had to set laps.