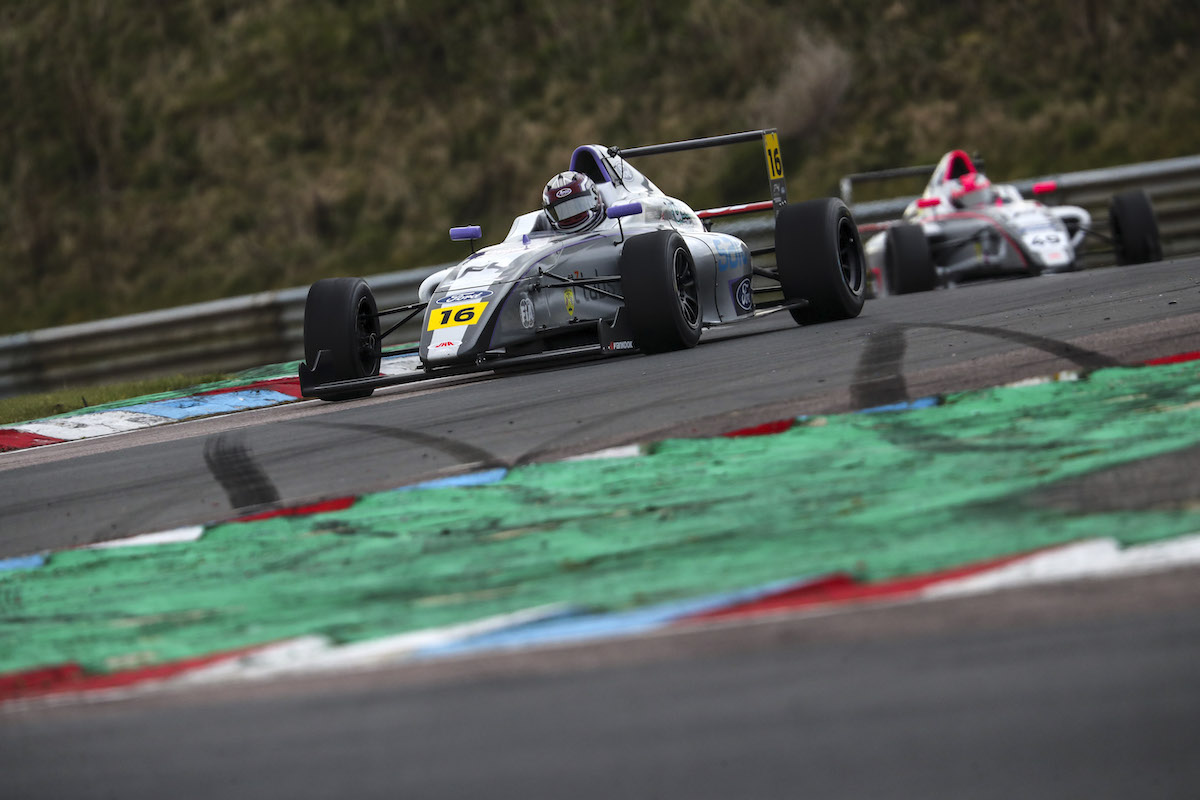 British Formula 4 team JHR Developments has become the latest to announce its entry into F4 United Arab Emirates for 2022.

The five-round series, based entirely at Dubai Autodrome and Yas Marina Circuit, will be the first chance for teams from the British, German, Italian and Spanish championships to race the new Tatuus T-421 car before its introduced to Europe.

JHR took all three titles available in British F4 this year, and is one of seven teams committed to racing in the series next year as it adopts a second-generation F4 car and Abarth power just like in the UAE.

“We are excited to make our debut in the F4 United Arab Emirates championship after such a successful season in the British F4 championship,” said JHR’s team principal Steve Hunter.

“We will be entering multiple drivers and cannot wait to get started on developing their skills and abilities and helping them on their pathway to success.

“In addition, there is a clear advantage to racing in F4 UAE as we can start working on the development side of the brand-new Tatuus T-421 while we’re out there.

“I think if we were just ordering as British cars that the timescale does leave it quite tight for development. The series seems to be really well organised, and we are looking forward to joining the grid.”

Several of the continental teams that had already announced their intention to race in F4 UAE have actually taken delivery of the new chassis from Tatuus, but supply chain issues with the electronics that will go in the car could mean that the non-championship round supporting this December’s Abu Dhabi Grand Prix is under threat of cancellation.