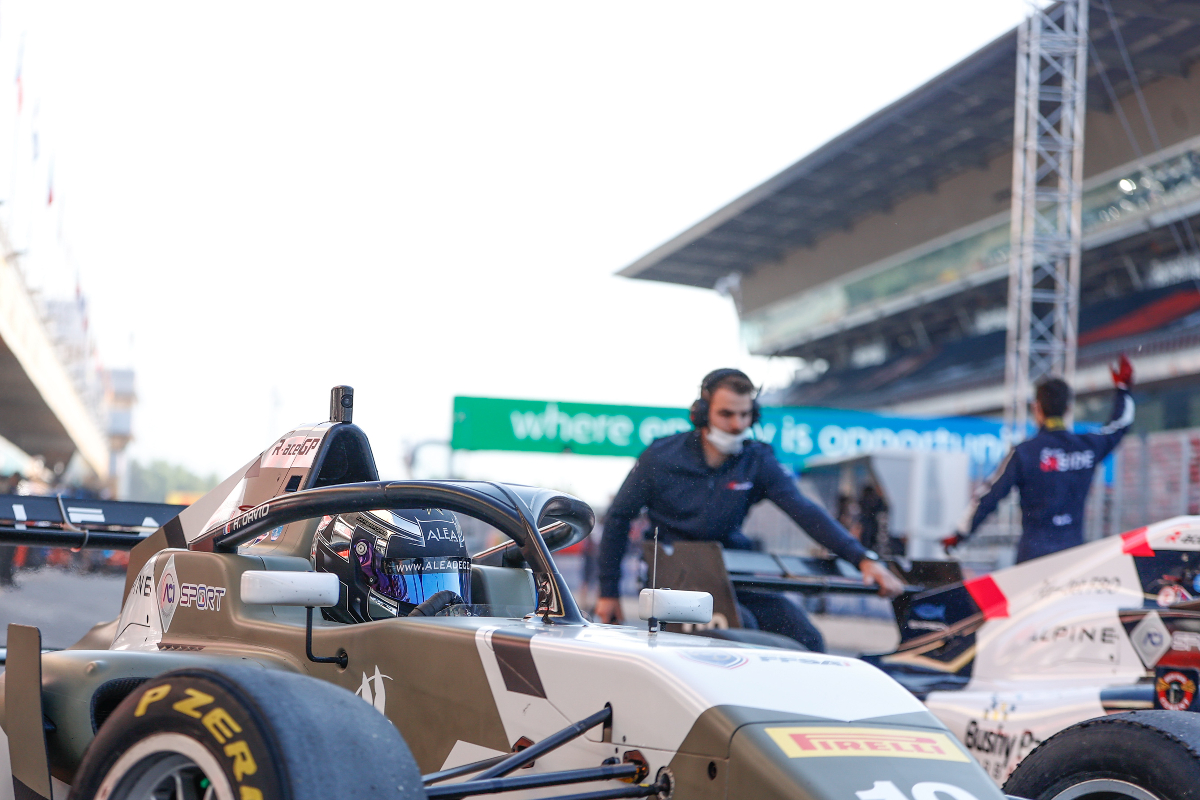 Heavy rain hit the morning, and David was fastest in session one by 1.74 seconds ahead of ART Grand Prix’s Gabriele Mini while laptimes were 25s off the dry pace.

Kas Haverkort was third as he switched to Van Amersfoort Racing, ahead of Prema pair Paul Aron and Dino Beganovic.

The track dried somewhat for the second session, headed by ART GP’s Mari Boya. He broke the two-minute barrier and was three tenths of a second faster than David. Sami Meguetounif (Arden), Zane Maloney (Trident) and Haverkort also lapped sub-2m00s while Roman Bilinski failed to set a laptime for R-ace GP.

In the afternoon the track dried further, and Haverkort went fastest with a 1m43.568s. He was less than a tenth faster than Mini, with the top 20 spread by under a second. VAR’s Formula 4 graduate Joshua Dufek was now third, with Aron and Maloney completing the top five and both lapping sub-1m44s.

Further improvements were found in the final session, the driest, and David returned to first place at the very end, after a Meguetounif-caused red flag, with a 1m42.116s that only R-ace team-mates Tim Tramnitz and Bilinski could get within a third of a second of.

Everyone set new personal bests bar Aron and Baptiste, who dropped to 21st and 30th overall, and Laurens van Hoepen became best of the rest in fourth, with just 0.09s covering himself and ART GP team-mates Mini and Boya.