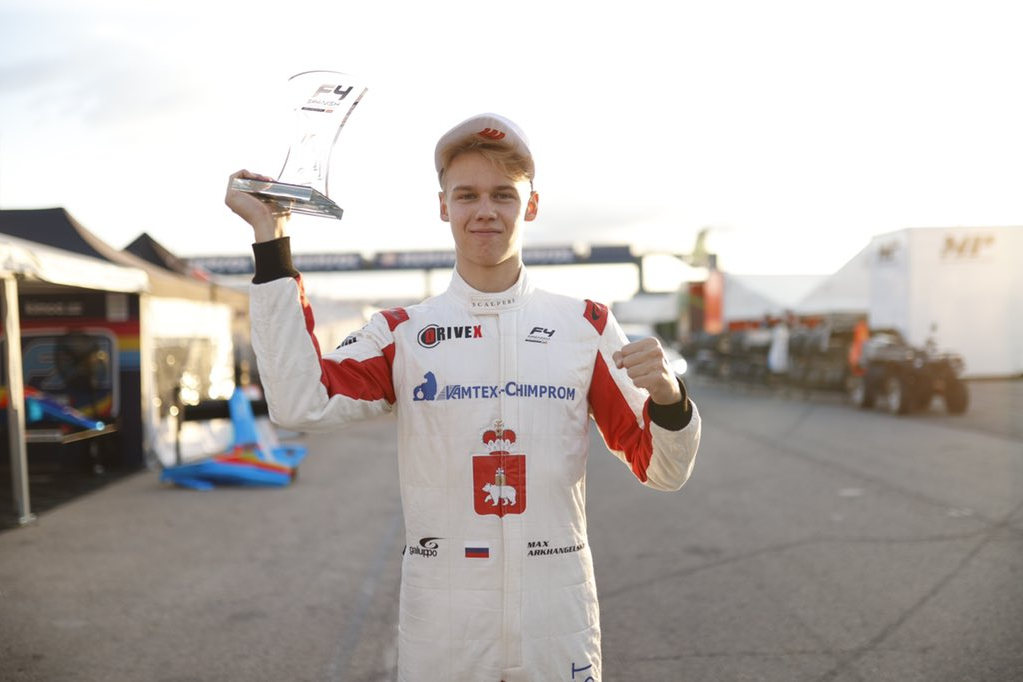 Max Arkhangelskiy will stay in Spanish Formula 4 next year with Drivex School, after coming ninth in the standings as a rookie with the team.

The Russian made his series debut with Drivex at the end of 2020, following a test programme that had begun last Autumn after the COVID-19 pandemic reduced his karting schedule to just three races in Rotax Max Challenge Russia.

He took a best finish of 14th from his maiden series appearance, then signed for the full 2021 season. During his rookie campaign he picked up two podiums, and he was the top Drivex driver in the standings. His targets are getting higher for 2022.

“I’m very happy to continue my motorsport path with such a wonderful team as Drivex Team,” said the 16-year-old.

“This year we’ve learned a lot and made visible progress. For the next year, we have big plans and big ambitions!”

He is the second driver to commit to next season, after Tymoteusz Kucharczyk who has won a seat in the series from a shootout.

Drivex commented: “We are so happy with [Arkhangelskiy’s] evolution and we hope to continue evolving and maximize our performance next year.”

Before 2020, Arkhangelskiy karted primarily in Russia and was third in the national Rotax-powered championship in 2019.

Spanish F4 introduces a new halo-shod car next year, and Arkhangelskiy will be one of the first to drive it as he shakes down Drivex’s chassis at Barcelona today (November 16).

Several of his series rivals from this year will also be in action but driving in Formula Regional cars.