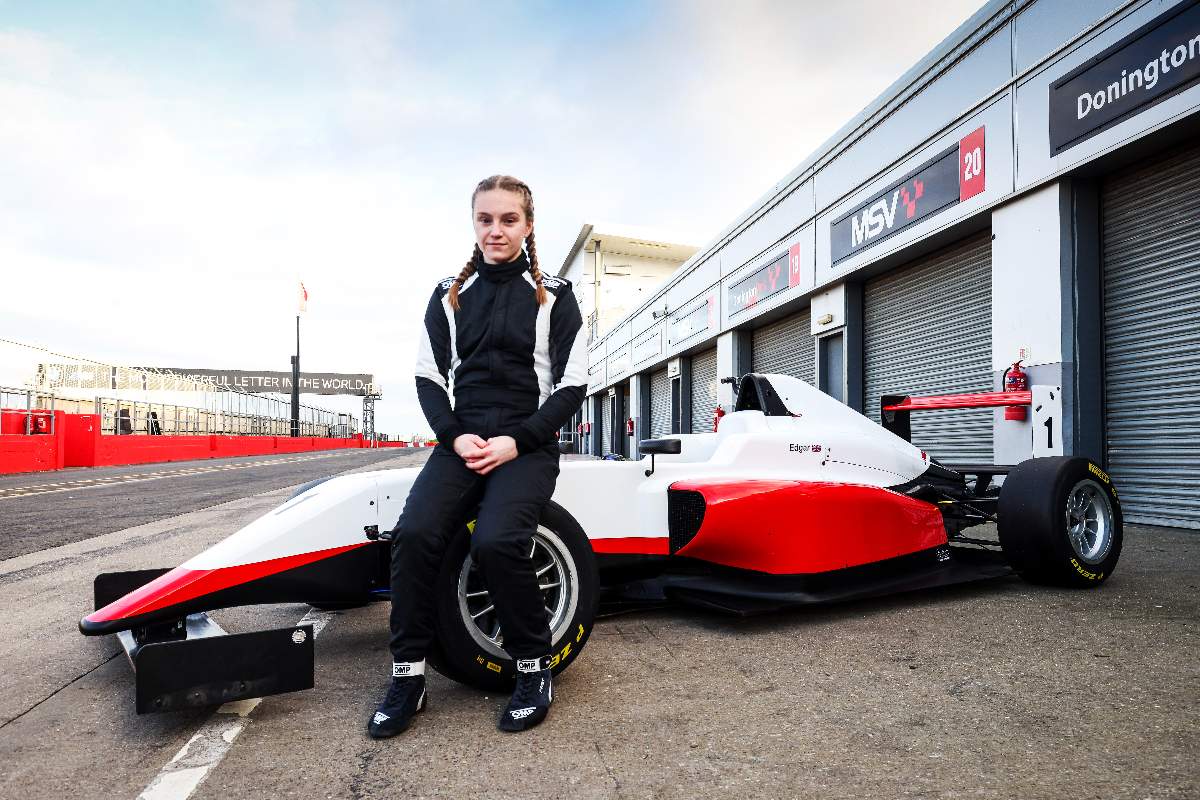 Jessica Edgar, cousin of Red Bull junior Jonny Edgar, will make her debut in single-seaters this year with Fortec Motorsports in GB4.

The 16-year-old is the second driver to publicly commit to the new series, which will use Tatuus’s first-generation Formula 4 car, and with Graham Brunton Racing’s Logan Hannah being the other announced driver there is currently an all-female grid.

Edgar has been in junior karting for the last two years, making the longlist of the FIA Women in Motorsport Commission’s Girls on Track Rising Stars programme in both, and was 13th in the 2021 British Karting Championship for X30 Junior karts.

“I am really excited to be racing in the GB4 championship and am enjoying working with the team at Fortec,” said Edgar.

“I’m looking forward to the year ahead, they are a great team and have lots of experience in helping young drivers progress from karting to car racing. I know I have a big learning curve ahead of me but want to maximise every opportunity I get. Guy [Smith] and Andy [Meyrick] at Greenlight Sports Management have helped hugely in putting everything together to allow me every chance to succeed.”

Edgar has done several test days with Fortec in F4 machinery since the start of 2022. In addition to the national championship last year, she also came fourth in England’s Little Green Man series.

“She’s shown a lot of promise in the testing we’ve done together over the last few weeks and made a lot of progress. We’re very excited about her potential and we’re looking forward to continuing the good work so far ahead of the first round of the year at Snetterton.”