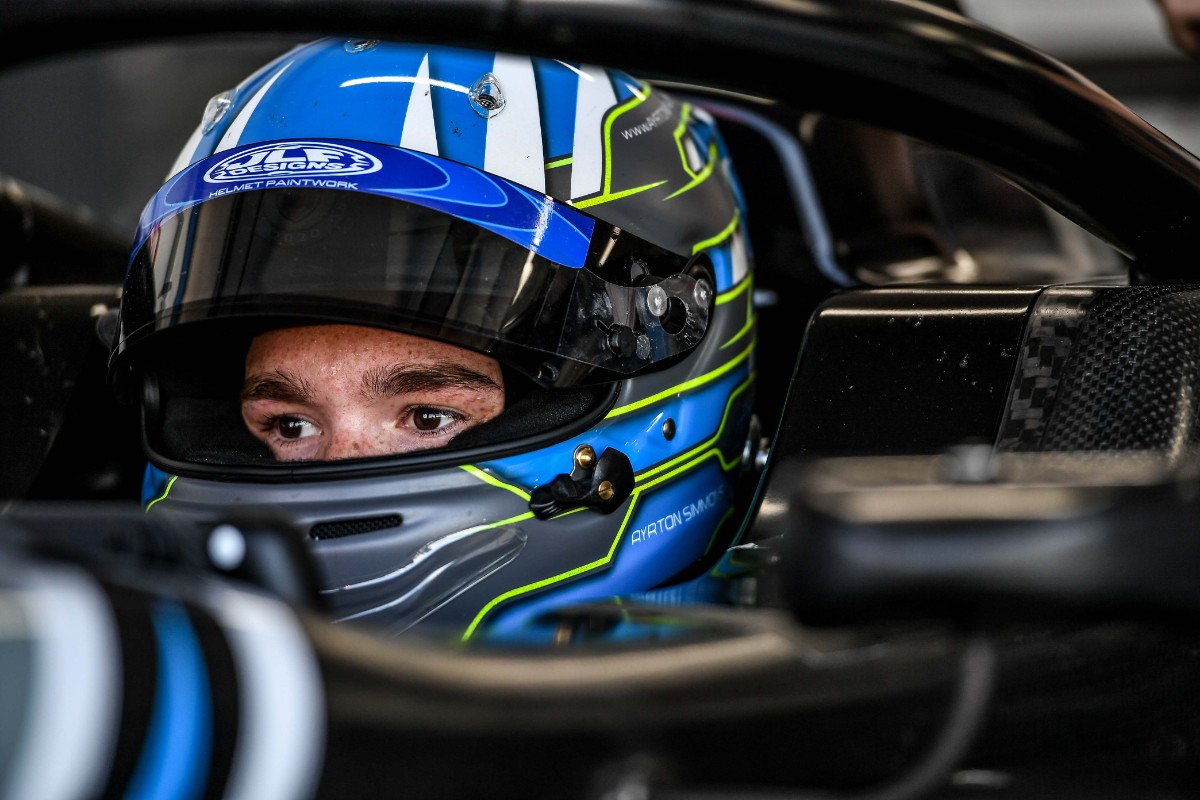 Ayrton Simmons will be part of Charouz Racing System’s FIA Formula 3 line-up for 2022 after debuting with the team in last year’s season finale.

The 20-year-old Anglo-Spaniard got his first experience of FIA F3 in Sochi last September, finishing 24th and 21st in his two races, before returning to Britain where he secured the runner-up spot in the GB3 (nee BRDC British F3) championship.

His 2021 had revolved around GB3, with four wins claimed across the year, and followed a part-time 2020 run with two wins and a 2019 campaign that resulted in three victories, third in the points and an Aston Martin Autosport BRDC Award final spot.

“Having my first full season in the FIA F3 will be a demanding and exciting challenge for me, I can’t wait to get back behind the wheel and try immediately to find a good feeling with the Dallara in order to start off on the right foot from the first race in Bahrain,” said Simmons.

“It will be interesting to race against some of the best young drivers in the world and to race on legendary tracks like those on the calendar, especially at Silverstone which will be my home race. A good result there would be a dream, but we’ll obviously try to give our best in every round and take every opportunity to end in the top positions.”

Simmons will race alongside Laszlo Toth and Francesco Pizzi at Charouz, while his GB3 rivals Zak O’Sullivan and Reece Ushijima step up to FIA F3 with Carlin and Van Amersfoort Racing respectively.

He will also be renewing rivalries from his half-season in Euroformula two years ago, his last experience of embarking on a European racing campaign. Before that and GB3 he spent three years in British Formula 4, and was 2018 runner-up.

“It’s a pleasure for us to be able to continue to have Ayrton in the team after last year’s positive debut, a first experience that I’m sure will be of enormous value for him as he approaches this new and demanding season,” said Charouz’s team owner Antonin Charouz.

“With his reconfirmation, our F3 team can now count on three drivers of undoubted talent and potential, with whom we’ll aim to get into the points from the very first races.”

“The guys are already working really hard to prepare for the first test sessions, we’ll do everything possible to make the most of the three days at our disposal and get to the first round in the right conditions to show a good level of competitiveness.”