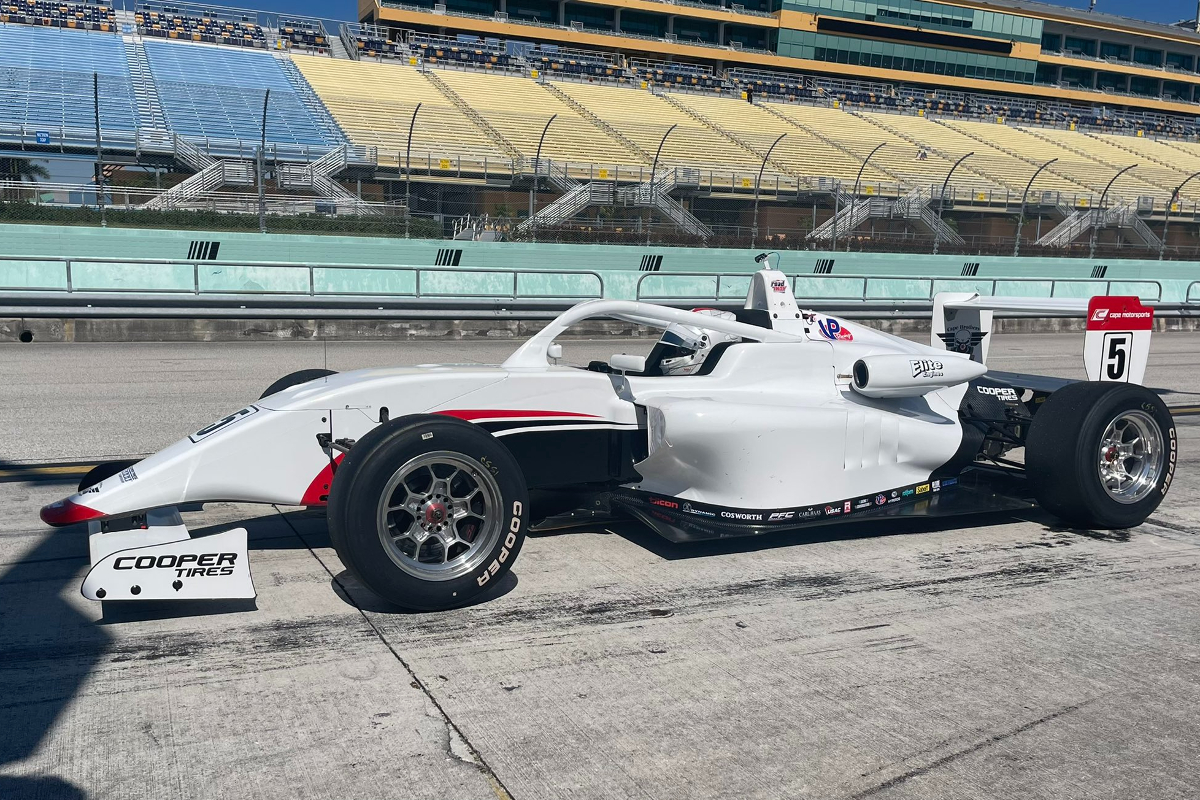 Cape Motorsports added Nicky Hays to its USF2000 line-up ahead of Monday’s Spring Training test at the Homestead-Miami Speedway roval.

Hays won a race at Ledenon en route to third in the French Formula 4 championship in 2019, then came fourth in Formula Regional Americas in 2020 with Global Racing Group. Last year he switched disciplines to time attack and tested in GT3.

He now returns to single-seaters as part of a four-car Cape team that also includes 2021 USF2000 runner-up Michael d’Orlando, who went fastest in Spring Training.

The test was split into four sessions, with d’Orlando going to the top early on in the first session which was interrupted by a red flag. He improved twice after that and he and team-mate Jagger Jones ended up as the only two drivers in the 1m23s.

DEForce Racing’s Thomas Nepveu jumped up to third place at the end of the session, ahead of Exclusive Autosport’s closely matched pair of Jacob Douglas and Billy Frazer.

Bijoy Garg was the early pacesetter in session two ahead of d’Orlando, who soon returned to the top. Douglas then went fastest, and Garg broke into the 1m24s before a very brief red flag stoppage.

Hays made his way to the top in the final third of the session, but was usurped by Turn 3 Motorsport’s Christian Weir so had to respond with a 1m24.640s lap. That was enough for first place, ahead of Spike Kohlbecker (Turn 3 with Ignite Autosport) and Weir. All three improved on their session one times, as did Myles Rowe and Jace Denmark who had failed to set laps at the start of the day

Pabst Racing’s Denmark moved to the top in session three, and to sixth overall, with a 1m24.439s lap. He headed Kohlbecker and Jay Howard Driver Development’s Jorge Garciarce, who came 34th in Italian F4 last year. All three set personal best laps in the session, along with Cape’s Jackson Lee and Rowe. Garg only set one lap, while Joe Dooling Autosports’ Trey Burke continued his no-show from the morning’s action.

Yeoroo Lee led Garciarce in a JHDD one-two in session four, with Velocity Racing Development’s Viktor Andersson in third. Again it was the top three in the session that were the improvers, and Lee jumped from 14th to fourth overall in the test’s combined timesheet.