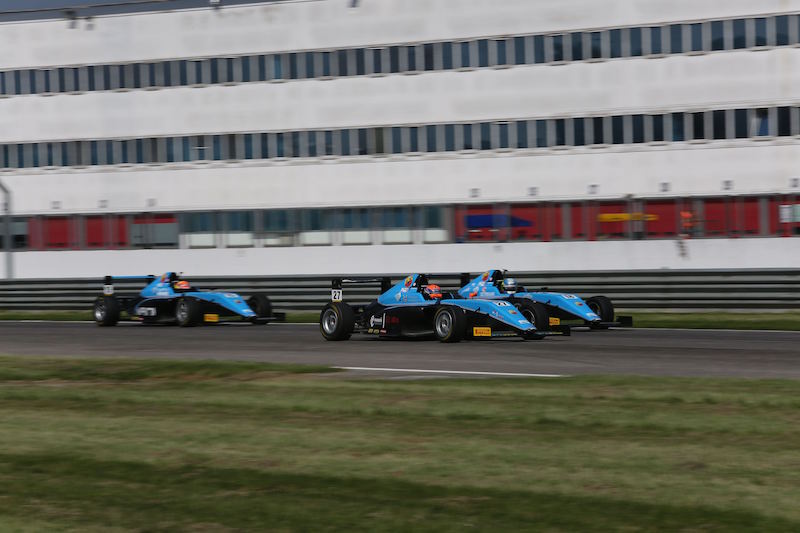 Federico Malvestiti, Giorgio Carrara and Gregoire Saucy all remain after racing for the team during 2017, and are joined by Javier Gonzalez, Nazim Azman and Oliver Rasmussen.

Italian driver Malvestiti, who made his series debut in September 2015, finished 10th in the standings in his first year with Jenzer last season.

Carrara, from Argentina, was 14th in the standings last year and third in the rookie classification behind Leonardo Lorandi and Enzo Fittipaldi.

Swiss racer Saucy joined Jenzer last year after an aborted campaign in Formula Renault Eurocup with AVF, taking part in two F4 rounds at Imola and Mugello with a best finish of seventh.

Mexico’s Javier Gonzalez moves across from French F4 where he claimed a win and three other podium finishes last year, in addition to four podiums in the Spanish series.

Malaysian driver Nazim Azman has won races in the South East Asia F4 series and also competed in the Spanish series last year under the tutelage of Kevin Korjus.

Oliver Rasmussen from Denmark is the team’s only signing direct from karting, where he came seventh in the WSK Final Cup in the KZ2 gearbox class in 2017.