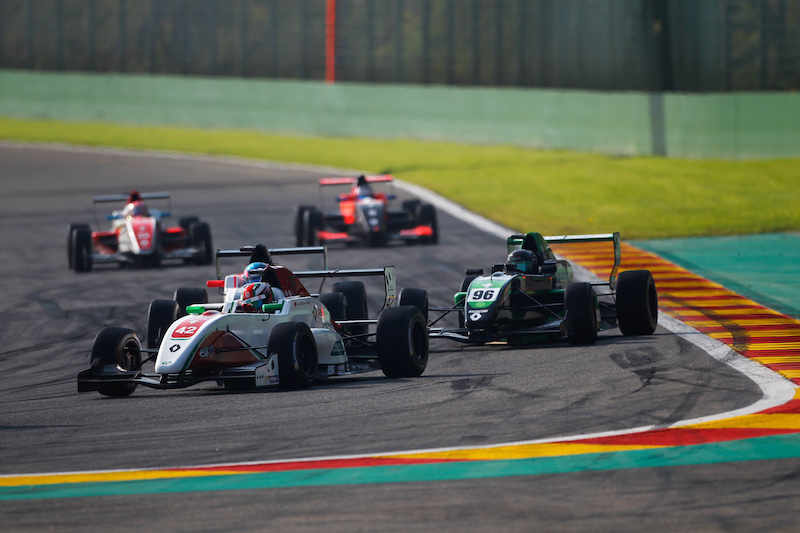 Formula Renault Northern European Cup organisers have adjusted their calendar for this season and will now share the same grid as the Eurocup at three events.

Citing “a fluctuating number of entries at some of the race weekends”, the NEC has shelved its planned season-opening round at Zandvoort later this month, and replaced its previously scheduled trips to the Hungaroring and Spa-Francorchamps with the Eurocup events at the same circuits.

The NEC will also join the Eurocup at the Nurburgring, and retain its stand-alone events at the Pau Grand Prix, Monza and Hockenheim.

?These changes to our program were not taken lightly, but we think this makes the program more attractive for the teams and their drivers,” said series manager Jurgen Evers.

“We are welcoming some new teams to the NEC this year which is of course gratifying, and we believe the amended calendar represents a positive step for 2018.”

The NEC already shared a grid with the Eurocup at Spa in 2017 (pictured).

?The combining of the NEC with races of the Eurocup has proven successful last season and was also effective for the championship, said Tarik Ait Said, sporting manager for customer racing at Renault Sport Racing. “We believe this will also have a positive effect on the NEC championship this year.?