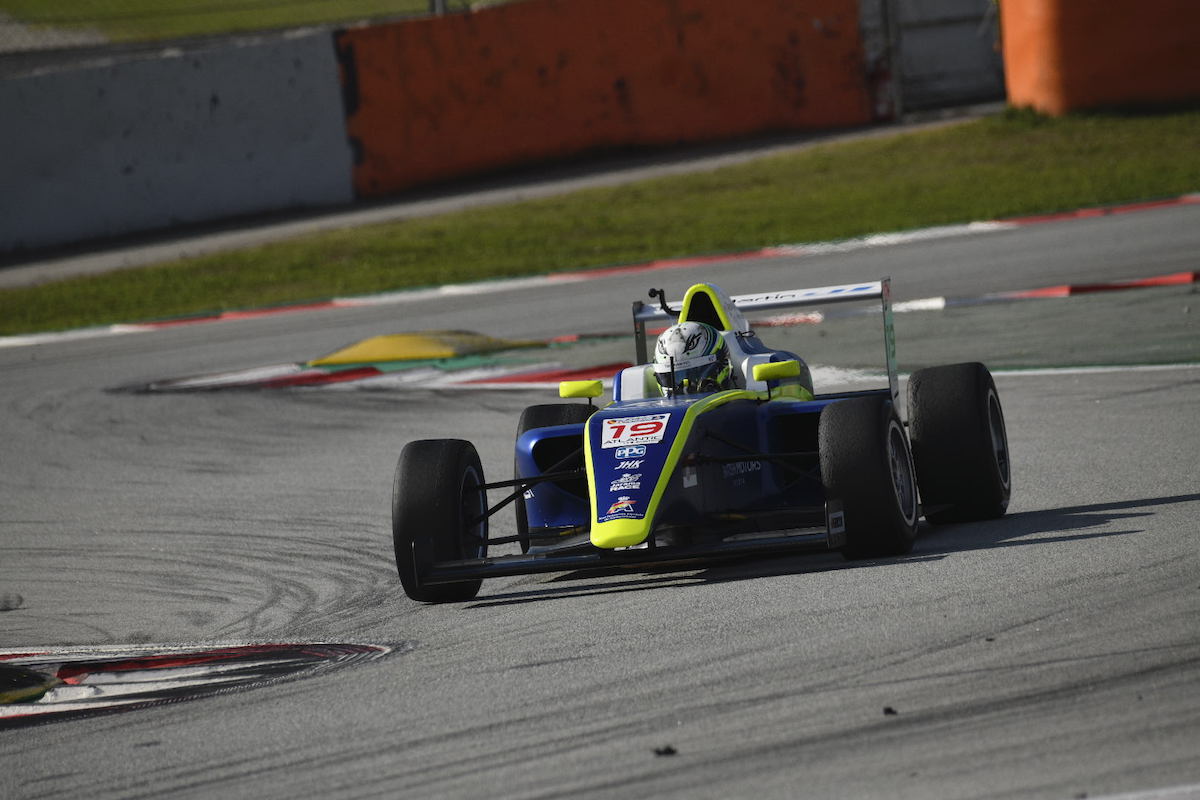 Filip Jenic claimed a first Spanish Formula 4 victory for himself and the Teo Martin Motorsport team in the penultimate race of the season at Barcelona.

The second-fastest times from the red-flag shortened first qualifying session created a mixed-up grid for the race, with four of the championship’s top five – Daniel Macia, Dilano van’t Hoff, Pepe Marti and Sebastian Ogaard – lining up across the rear three rows of the 26-car field.

Jenic, who had previously scored one podium finish at Valencia, started third but got a better start than the front-row men to claim the lead around the outside of pole-sitter Rik Koen in Turn 1.

A safety car period was triggered by an incident later on the opening lap, when Manuel Espirito Santo was knocked around by one of the Campos Racing cars exiting the chicane, breaking his rear-right suspension.

The clean-up process was a long one, and only six minutes plus a lap remained on the clock when the race restarted.

When it did, Noah Degnbol got his past his MP Motorsport team-mate Koen for second place into Turn 1. That helped Jenic to build a lead of 1.3 seconds up front, and the Serbian driver was untroubled on his way to the chequered flag.

A lap later Koen slipped behind Noam Abramczyck and down into fourth position, but Koen rallied again late on and capitalised on Degnbol running wide in Turn 10 on the final lap to dive down his inside and reclaim second place.

Drivex enjoyed a strong race with Abramczyck in fourth and Branden Lee Oxley in fifth both taking their best finishes of the season, and Guilherme Oliveira sixth. Oliveira was forced wide across the Turn 1 run-off area when battling with Oxley, an incident that went under investigation.

The favourites starting at the rear of the grid already made strong progress on lap one, led by Macia in 12th place, and the Formula de Campeones was able to climb up to ninth place by the finish, just missing out on the final point behind Oliver Michl and Suleiman Zanfari.

Marti went from 18th to 12th after the restart, getting himself ahead of both van’t Hoff and Ogaard.