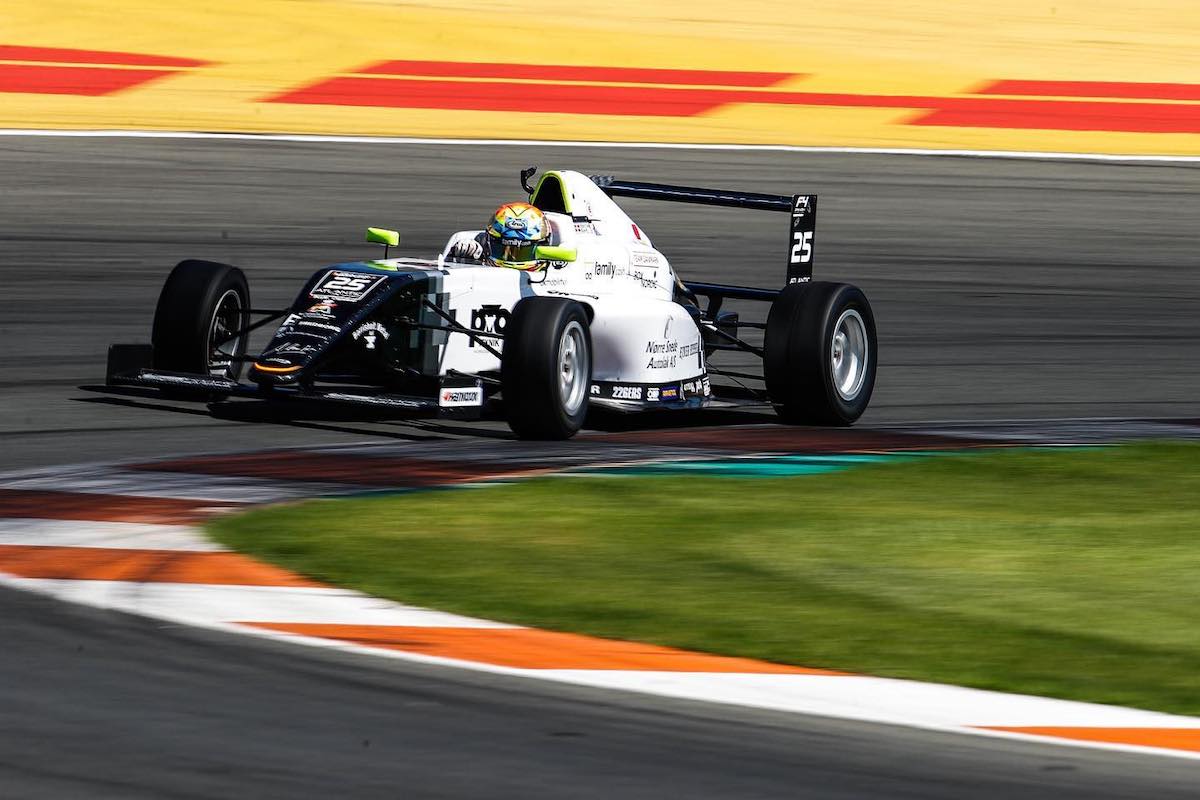 Sebastian Ogaard saw off his Campos Racing team-mate Pepe Marti to win the final race of the Spanish Formula 4 season at Barcelona and clinch second in the championship.

Having claimed pole position, Marti was 23 points behind Ogaard at the start of the race, but Ogaard got the better getaway of the two to lead into the first corner.

Ogaard led by 1.1 seconds at the end of the first lap and was looking comfortable out front when the safety car was deployed around five minutes in to retrieve the damaged car of Jorge Campos.

As in the previous two races, the safety car was a lengthy one – with the car of Alex Garcia also needing to be recovered – with 11 minutes remaining at the restart.

Marti was right behind Ogaard at the restart and tried to pass his team-mate around the outside of the first corner, only to slide wide into the run-off area and fall to seventh place.

After that, Ogaard was able to build a gap between himself and Noah Degnbol on his way to taking his fifth win of the campaign.

MP Motorsport driver Degnbol clinched a hat-trick of podiums from the final round, having previously not stood on the rostrum since round two at Navarra in May.

Max Arkhangelskiy returned to the podium for the second time this season, the Drivex man just holding off the recovering Marti by 0.111s at the line.

Vladislav Ryabov put an otherwise difficult weekend behind him to finish fifth for GRS ahead of Suleiman Zanfari and Guilherme Oliveira. Race two winner Filip Jenic was eighth in front of Georg Kelstrup and Daniel Macia.

Champion Dilano van’t Hoff failed to finish for the first and only time during his dominant season. He retired to the pits with six minutes remaining having slipped backwards into the mid-pack from eighth on the grid. He was investigated for an incident with Garcia after the latter’s retirement, but no action was deemed necessary.