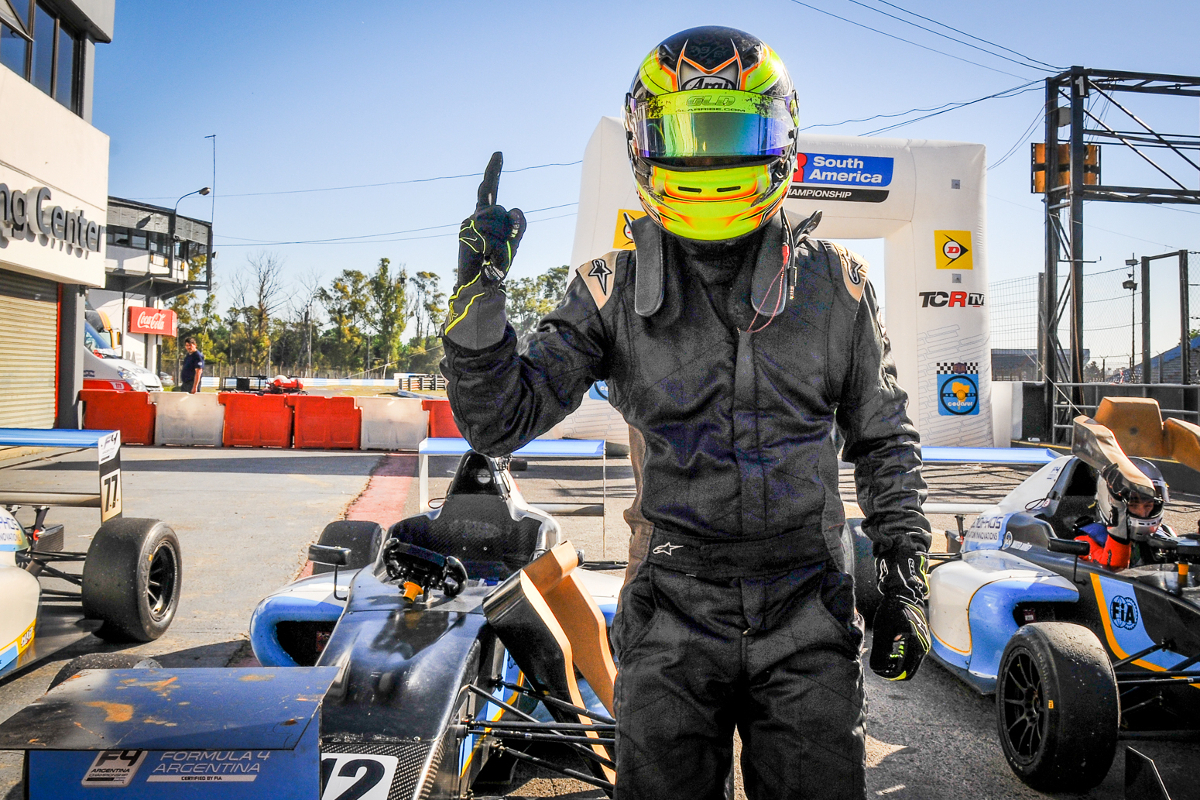 Hermida topped both free practice session by over nine tenths of a second, then headed Brian Quevedo in qualifying by a decreased margin of 0.493s.

Quevedo, who missed the last round, got even closer to Hermida in Friday’s race and kept himself in the poleman’s mirrors throughout. Late in the race their battle really intensified, but Hermida held on to win by half a second.

There was an even closer battle for third, with Mateo Nunez outqualifying his brother Geronimo by 0.007s, and then fighting with him through race one. Like the victory battle, it was at its closest late on and Mateo earned the final podium spot by 0.342s.

Hermida’s main title rival Figgo Bessone was tucked in behind them in fifth, while Bolivian racer Rodrigo Gutierrez – who came 10th in United States F4 this year – marked his debut with a sixth place finish.

Hermida led Quevedo home again in race two on Saturday, this time with a more comfortable margin, and Gutierrez made the podium in third place but over 10s behind. Bessone and Geronimo Nunez, who usually races touring cars, fought Gutierrez for his podium spot but were unable to get past hijm.

Quevedo started from pole for the final race of the weekend, and had to defend hard from Hermida through the opening two laps. An incident then dropped Hermida back, and Geronimo Nunez picked up the mantle of challenger to Quevedo.

He didn’t have the pace to match the leader, but then earned a surprise first win as on-the-road victor Quevedo was penalised 30 seconds for a move against Hermida early on.

As well as promoting Nunez to victory, it meant Bessone and Gutierrez finished second and third, and that Hermida had enough of a points gap over Bissone to be crowned champion with a round still to go.