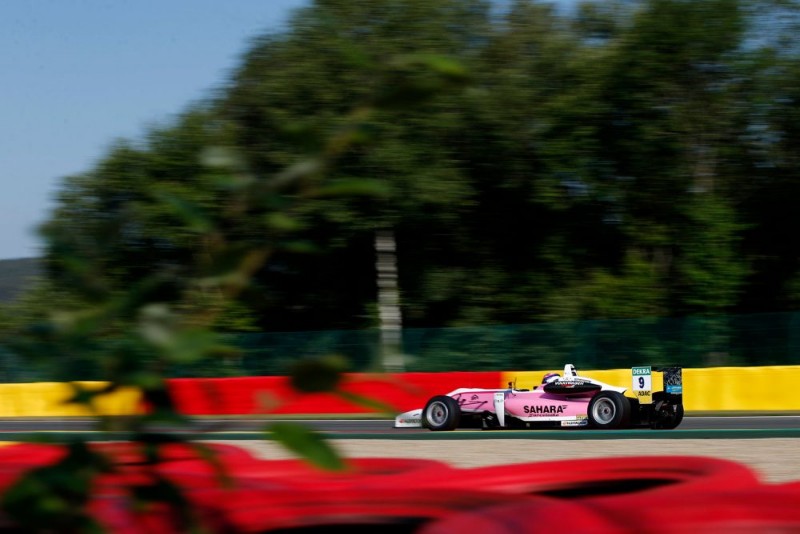 The Carlin driver was slow off the line and was passed by both Hitech’s Alex Palou and Marcus Armstrong of Prema after the Turn 1.

Daruvala was able to make his way back into second place at Les Combes before the first lap ended and then just over five minutes later took first place from Palou entering the Kemmel Straight.

The victory is his first in European F3 this season after finishing third in races at Pau, Norisring and Zandvoort.

Ten minutes into the race Armstrong was having to hold off Hitech’s Ben Hingeley who had made up four places in the opening few laps. However he dropped down the order after sustaining a left rear puncture, and one minute later Hingeley also came into the pits.

Behind Daruvala and Palou the podium was completed by Prema’s Ralf Aron, who won twice last time out at Zandvoort.

He takes control of the overall championship lead as Guan Yu Zhou, who started the race in fourth place but dropped down the order, also sustained a left rear puncture which made him another retirement.

Aron was locked in a battle with Enaam Ahmed during the final few laps of the race, with the low starting Motopark’s Dan Ticktum starting to catch up to the pair.

However Ahmed broke his suspension after making contact with Aron on the Kemmel Straight on the penultimate lap, dropping him down to a lapped19th.

Ticktum was close enough to make a challenge on Aron during the final lap of the race, but stayed in fourth place at the chequered flag.

Prema’s Mick Schumacher made up 11 places from his 16th place starting position to finish fifth. The German was involved in a tight battle during the middle of the race with Ticktum and Juri Vips.

Vips later made contact with Jonathan Aberdein when the pair were battling for seventh place, but while Aberdein eventually retired from the race Vips eventually finished in seventh behind Prema’s Robert Shwartzman.