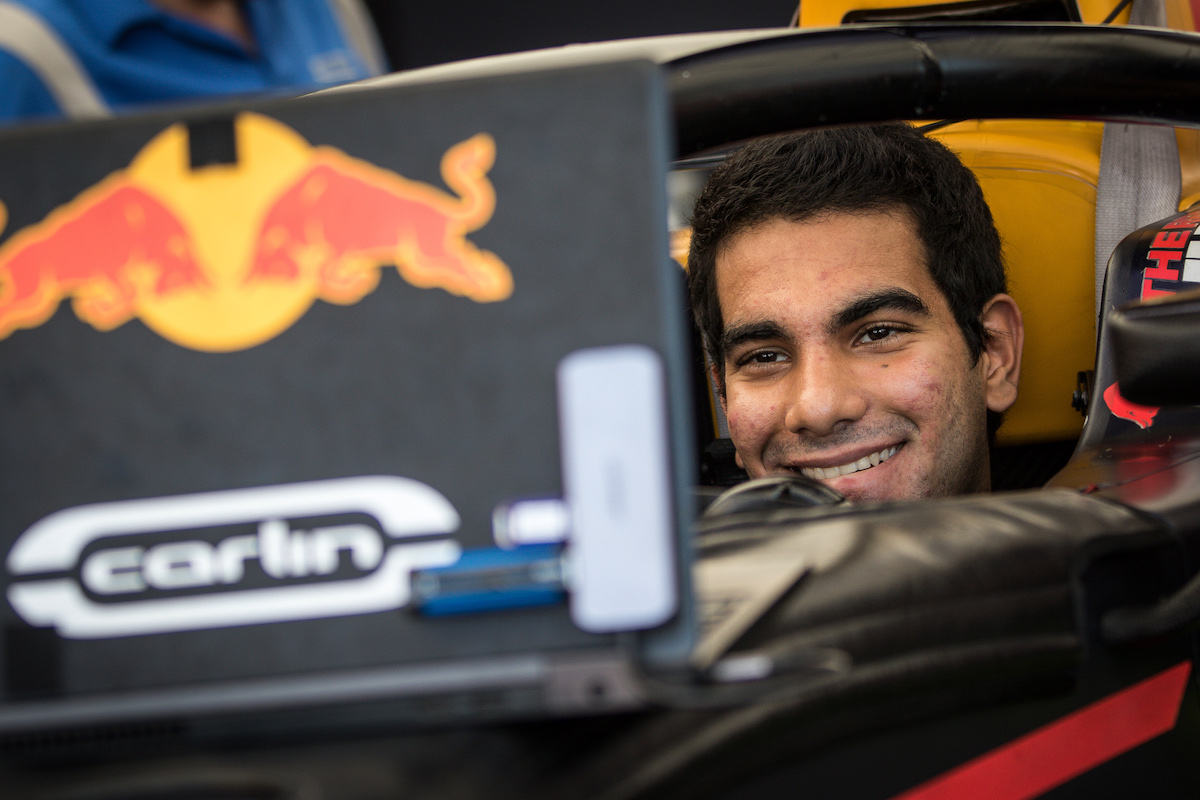 Jehan Daruvala has retained his place on the Red Bull junior team and his Carlin Formula 2 seat for the 2021 season.

The Indian, who ended his maiden F2 campaign by taking his first victory, will remain with the British outfit for his second year in the championship.

Daruvala finished 12th in the drivers’ championship in 2020, while his Carlin team-mate Yuki Tsunoda finished in third in the points and secured F1 graduation with AlphaTauri for 2021.

“I’m extremely excited to be staying in F2 and with Carlin for 2021,” said Daruvala.

“We made a lot of progress last year and overcame some issues to put together a really strong package. It was great to end the season on such a high with my first F2 win and then to back that up with front running pace in post-season testing.

“We have a lot of momentum behind us and although we know that other drivers and teams will have made steps forward over the winter, we will be aiming for the top step in every race. Consistency will be the key to a successful championship campaign, so we need to be on the pace from the start.

“I’m extremely proud to be carrying Red Bull colours again this season and I thank Dr Marko and my sponsors for their continued support and belief in me which I will be looking to repay from the very first race.”

Ex-Force India F1 junior Daruvala is currently recovering from COVID-19 after catching it during the off-season. He is the first driver from the major junior single-seater series in Europe to publicly reveal they have caught the disease.

He’ll start the year by driving in Asian Formula 3 with Mumbai Falcons, who will have a data-sharing agreement with junior single-seater behemoth Prema – the team which took Daruvala to third in the drivers’ championship in FIA Formula 3 in 2019.

“We’re extremely pleased that we have the opportunity to carry on the great progress we have been making with Jehan and have another attack on the FIA F2 Championship,” Carlin team boss Trevor Carlin said. “Thank you to Red Bull and Jehan’s sponsors for entrusting us with this important year in his career.

“Jehan did a great job last season as an F2 rookie, he kept his head and kept pushing through to really show his true potential by the second half of the season. To finish the year off with a third-place and then a win really confirms what we knew from the start. I expect Jehan to continue where he left off – challenging for wins from the outset in the new season.”

The identity of Daruvala’s team-mate is yet to be confirmed, but Williams F1 protege Dan Ticktum tested with the team during post-season testing having already indicated that he had secured a return to F2 in 2021.

BRDC British F3 latest to bring back Esports series for 2021