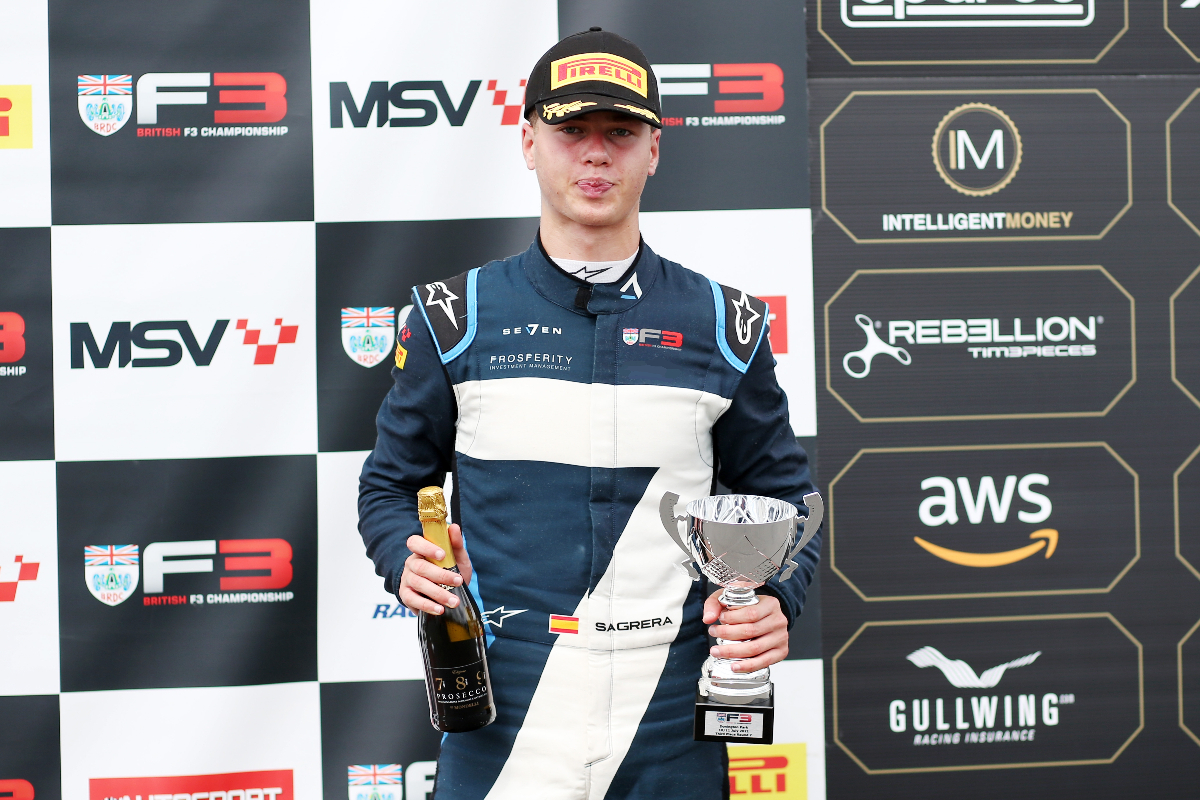 Javier Sagrera will move from Elite Motorsport to Carlin for his second season in GB3.

The 18-year-old was a star of the Spanish karting scene before moving into Formula 4 at the end of 2019 with the MOL Racing team run by DTM race-winner Miguel Molina.

His 2020 Spanish F4 campaign ran to four rounds, in which he took a best finish of eighth, and he then stepped up to GB3 (then known as BRDC British F3) and came 10th in the standings with a single podium scored in his first round.

“I’m really excited to join Carlin for my second year in the GB3 championship”, said Sagrera.

“This is a really important season for me and I’m excited to have put a programme together with Carlin who have such a strong reputation in the championship.

“The new car will be an added challenge this season for all teams and drivers, but I feel I’m in the right place to make the most of that. I can’t wait for the season to get underway and a massive thank you to my sponsors for making this possible.”

The Spaniard’s arrival in GB3 was thanks to Mexico’s Seven GP scheme, which has fielded entries in Formula Regional Asian Championship in the past and supported drivers in the lower rungs of single-seaters and karting in North America.

“Javier is an incredibly mature driver and his professional approach both in and out of the car surpasses his experience,” Carlin’s team boss Trevor Carlin said.

“He has a great deal of potential and I look forward to seeing him progress throughout testing as he heads towards the season opener at Oulton Park.”

There are now 18 drivers signed up to contest this season, although only 12 of those have been announced.