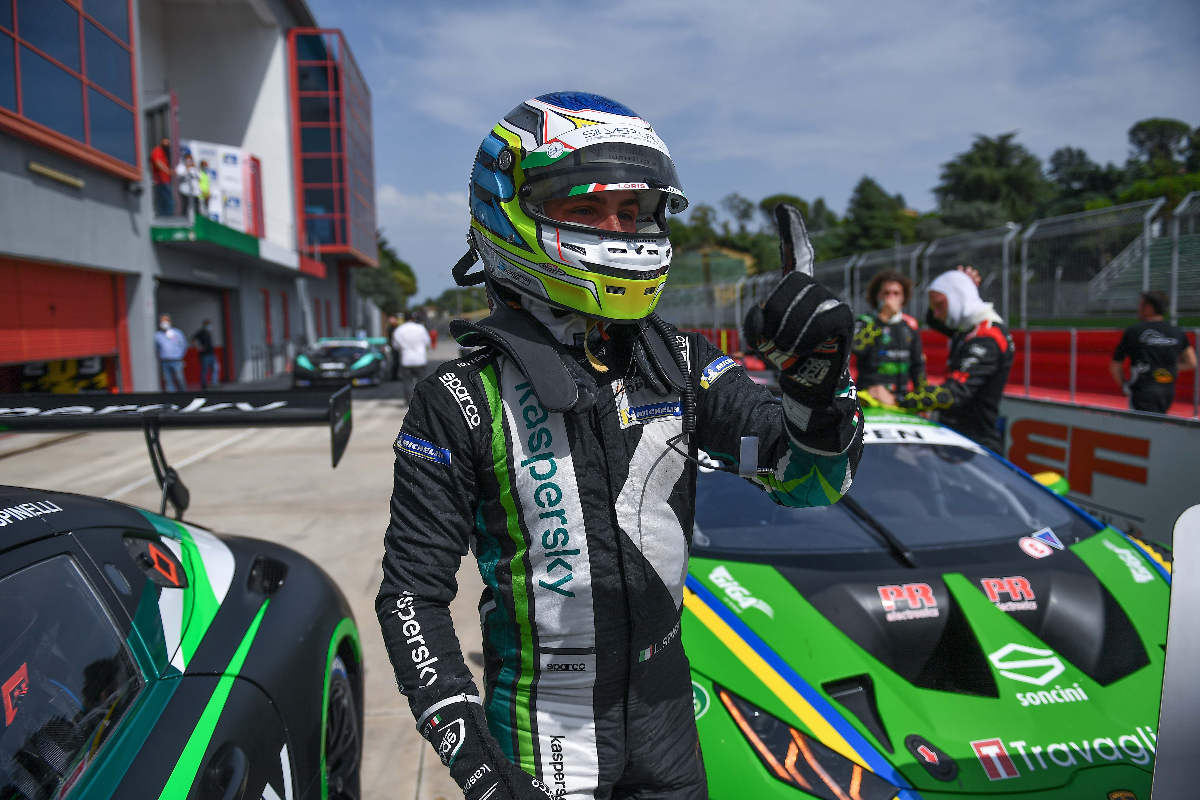 The 26-year-old Italian was a top karter in his youth, winning the Trofeo Andrea Margutti while in junior karting then the CIK-FIA World Cup on senior karts. He impressed on KZ2 shifters too before debuting in F4’s predecessor Formula Abarth.

He got a podium in his first event but didn’t appear again, and returned to single-seaters with an incomplete Auto GP campaign in 2014. After that, he moved into GT racing aged 19.

Driving for Antonelli Motorsport, which together with karting manufacturer Kart Republic created AKM, he was Lamborghini Super Trofeo Europe Pro-Am class champion in 2015 and won races in its Pro class the year after.

His third season resulted in overall title success, then for 2018 he won the North American series and the World Final’s Pro-Am class with P1 Motorsports and did the same in Europe with Antonelli.

A place in Antonelli’s Mercedes-AMG GT3 in GT Open was earned for 2019, while he continued to star for Super Trofeo teams. Last year Spinelli came sixth overall in GT Open despite missing rounds, and swapping between classes and being a solo or stint-sharing driver, with two stunning outright wins at the Hungaroring and Imola.

He got his first taste of the Tatuus T-421 F4 car in private testing at Dubai this Thursday (January 27).

“Not the best day for us but we are working to improve,” Spinelli said to Formula Scout. “My first time at this track and with this car, so everything is new. I’ll be racing [in F4] just for this week.”

Abu Dhabi Racing by Prema’s Aiden Neate topped two of the test sessions, and headed team-mate James Wharton. Prema’s other drivers started off the pace, but Ferrari Rafael Camara, making his single-seater debut after a positive COVID-19 test ruled him out of last weekend’s season opener, and Charlie Wurz ended up third and fifth fastest.