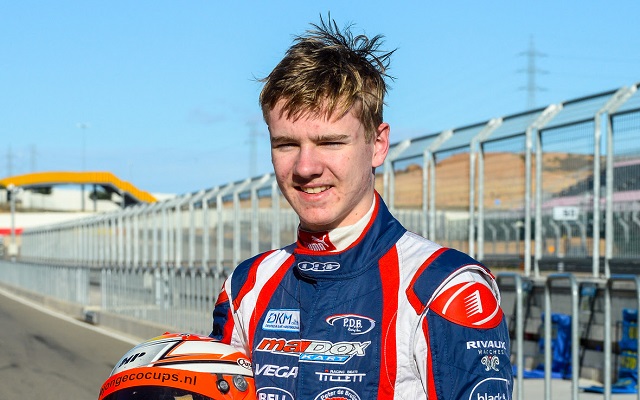 The youngster started his karting career with a streak of national titles including the 2009 and 2010 Dutch Mini junior and the 2011 Dutch KFJ championships.

He has been competing in the international scene since 2013, the 16-year-old entering series?such as DKM, CIK-FIA European Championship or the SKUSA SuperNationals.

“I feel very happy and confident to join the series,” said Opmeer.

“The circuits look cool and the cars are the same because of the strict regulations so there?s no advantage for anyone.

“After few hours in the car, my confidence grew up and now I am improving each and every time I jump in it. This year, I will be patient and gather experience by finishing races.”

“Jarno is a very talented driver who was part of our KNAF Talent First karting program for many years,” added Maarten van Wesenbeeck, leader of the organization.

“It is great that he choose to enter the SMP F4 NEZ Championship for his step onto single-seaters. I think he will surprise many people with outstanding results.”