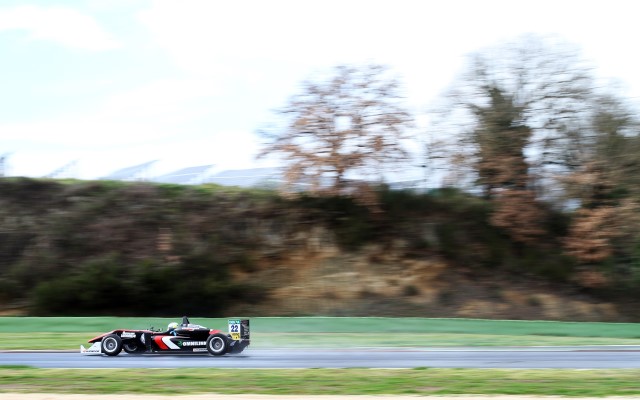 The 17-year-old Swede the pace in the first of four sessions, all of them affected by rain.

Eriksson was followed by Niko Kari, Guan Yu Zhou and Sergio Sette Camara, all driving for Motopark, which?prepared for the event with a private testing day on Tuesday.

Alessio Lorandi led?the rest of the field, almost half a second off the pace.

The next two runs saw Red Bull junior Kari taking the top spot, the Finn?being in the clear by 2.4s from VAR duo Pedro Piquet and Callum Ilott in the earlier?session.

South African driver Raoul Hyman, who is testing with Carlin but is yet to have announced a deal with the squad, was fourth with Zhou taking fifth.

The reigning SMP F4 champion’s lead shrunk to four tenths next time around with second-placed Lorandi followed by the two other Motoparks of Zhou and Camara. Former Red Bull junior Callum Ilott completed the top five.

The final session saw Nick Cassidy making his and Prema’s first appearance in the top five as the Kiwi driver beat Ryan Tveter, Hyman, Harrison Newey and Mikkel Jensen to the top spot.

The testing will resume at the track tomorrow with two more sessions.