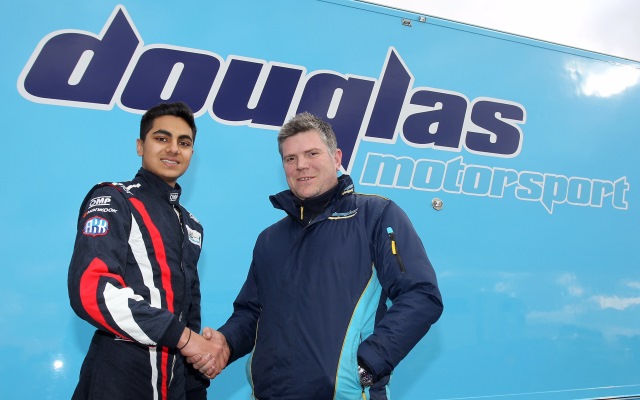 Ahmed made a successful step up to single-seater racing in 2015, taking top honours in the MSA Formula series as the rookie champion with one win outright and a further three podiums to his name.

He also took part in?several outings?in the SMP F4 series, which?included more podiums and a dominating performance in the final round at Parnu, winning all three races.

Over the winter, Ahmed took part in several?BRDC F4?test sessions with different teams but eventually settled?on signing with the Wayne Douglas-led outfit for 2016.

Ahmed said: ?We have had a couple of tests with different teams, and I really like the way Wayne and his team operate. I?m so pleased to have finally signed a deal with such a great team. I have got to thank the Edge Management team as they really have worked hard to make this happen for me.”

Douglas commented that he was happy?with?Ahmed’s attitude towards racing, and that he “has an impressive motorsport pedigree”.