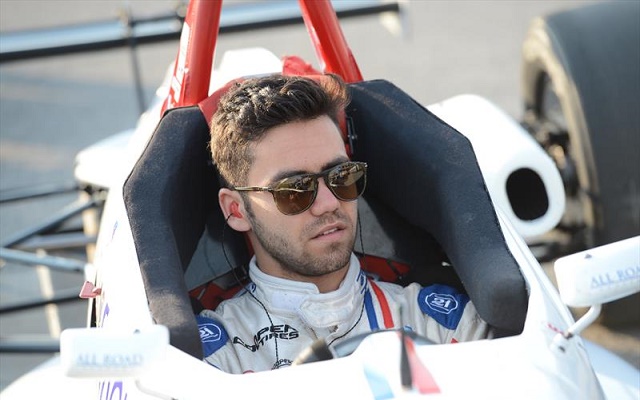 Cape Motorsports driver Nico Jamin was in a league of his own in the USF2000 qualifying at Indianapolis Motor Speedway.

Jamin, who sits second in the standings and had topped the practice, led a Cape 1-2 with teammate Aaron Telitz, who was four tenths down.

The Frenchman led the half-hour session into the final minutes when it was red-flagged for Parker Thompson stopping due to an mechanical issue.

The track went green with three minutes to go, but nobody managed to get even close to Jamin to prevent him from taking pole.

Behind the Cape front row, Jake Eidson will start in third?alongside?Yufeng Luo, who managed his best qualifying in the series.

Keyvan Andres Soori is the top ArmsUp driver in tenth.

Vandoorne on GP2 pole again ahead of Lynn in Barcelona